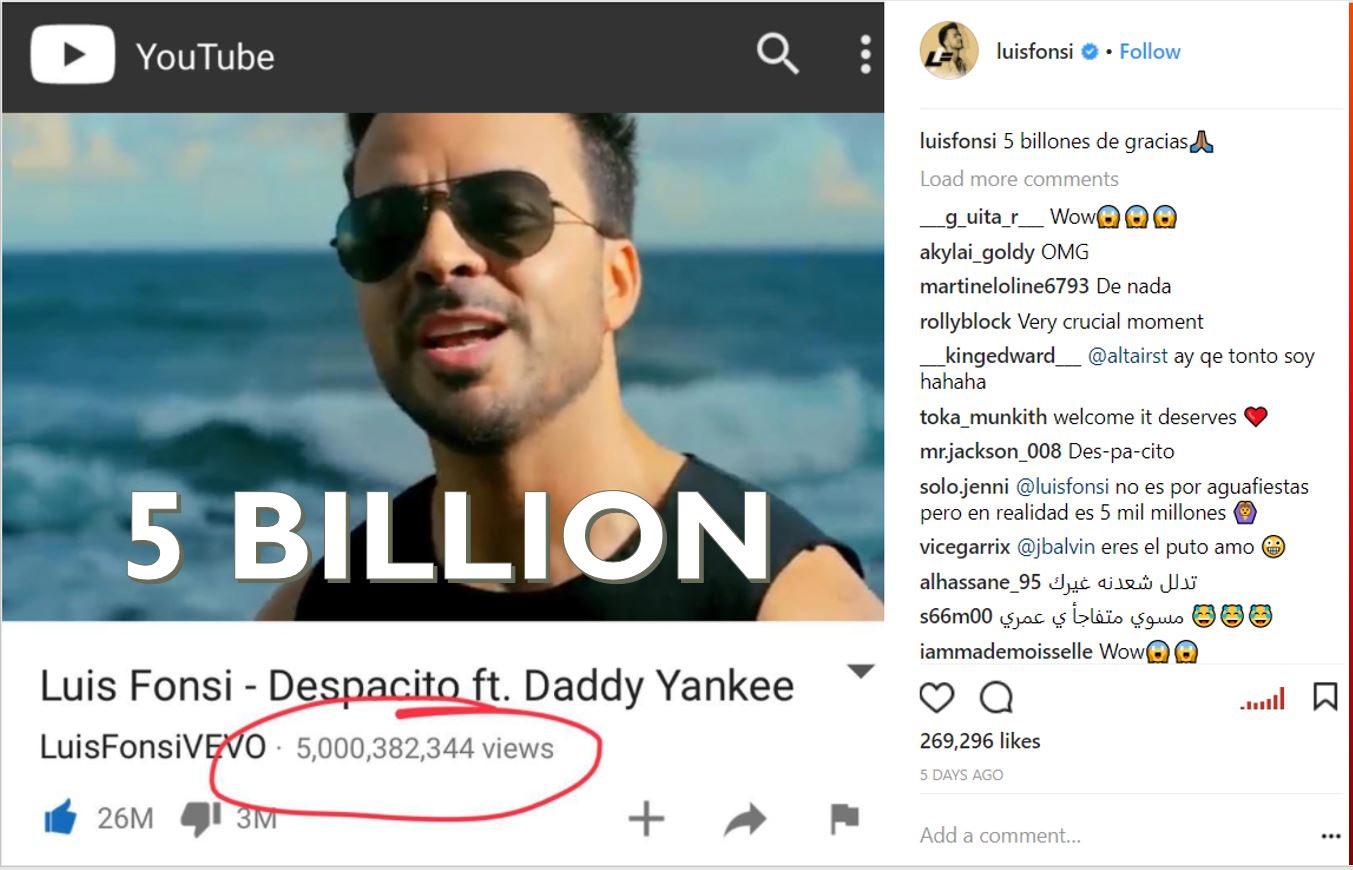 ‘Despacito’ Is the First Video to Hit 5 Billion YouTube Views

Luis Fonsi’s bouncy Spanish-language hit ‘Despacito’ has become the ultimate champion of YouTube with over 5 billion views. The song features rapper Daddy Yankee, and it came out in January last year.

Anyone who has heard the song before already knows of its catchy rhythm, but fans have faithfully swarmed to watch the two Latin American artists perform the single amid the streets of their home nation of Puerto Rico.

Just to put things into perspective, the song’s 5 billion views are closing in on the estimated total global population of 7 billion. If the song keeps this pace up, Despacito will soon have one view for every person on Earth.

With this new achievement supplements the song’s current ensemble of six Guinness World Records titles, reflecting the incredible success and popularity of the track on a global scale.

It also earned the record for the Most weeks at No.1 in the USA (single) in September 2017 after being featured 16 consecutive weeks, and soon after became the Most streamed track worldwide upon being played 4.6 billion times across the globe.

With their latest accomplishment of amassing 5 billion views, Luis Fonsi and Daddy Yankee’s newest YouTube record has surpassed other popular artists on the platform such as Wiz Khalifa and Charlie Puth, who’s video for “See You Again” currently stands at 3.4 billion views.