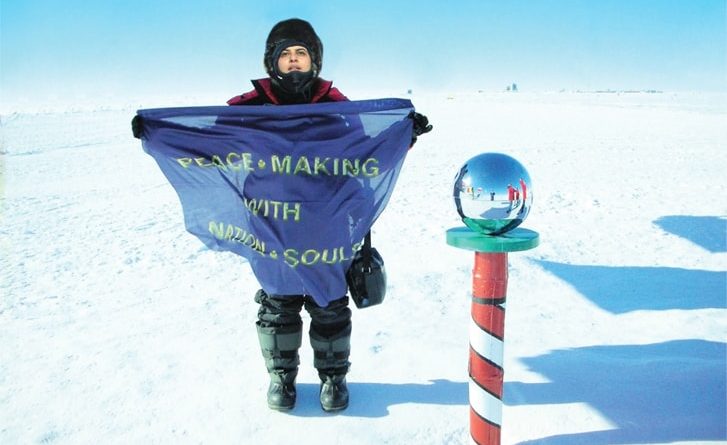 The First Woman in Space was Russian Cosmonaut Valentina Tereshkova.

Namira Salim became a symbol of women empowerment in Pakistan when in August 2006, the Ministry of Information and Broadcasting, the government of Pakistan launched her as the “First Pakistani Astronaut.”

Later in 2008, she presented her sub-orbital space flight training certificate to the then president of Pakistan Pervez Musharraf. Since then, as a private citizen, she has made several significant contributions to Pakistan’s space programme and worked in close association with Pakistan’s Space and Upper Atmosphere Research Commission (Suparco).

Did You Know That – The first woman in space was Russian cosmonaut Valentina Tereshkova. Following her footsteps were Indian astronaut Kalpana Chawla, Judith Resnik and Peggy Whitson, who has five space expeditions to her credit.

Hailing from Karachi, Namira is an impassioned traveller. She is the first Pakistani to have travelled to the North and South poles and the first Asian to skydive (in tandem) from Mount Everest.