Warning: mysqli_num_fields() expects parameter 1 to be mysqli_result, bool given in /home/techurdu/public_html/wp-includes/class-wpdb.php on line 3574
 Mega Dams And Catastrophes - An In-Depth Analysis | Complete Essay With Outline - Tech Urdu
Skip to content 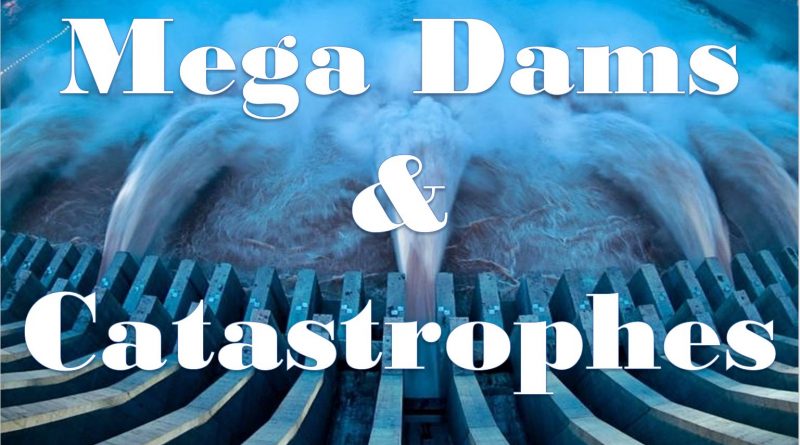 Pakistan’s judiciary and government have called upon Pakistanis to invest in the Diamer-Basha and Mohmand Dam Fund, and yet they have insufficiently addressed these questions. The Supreme Court’s online app­eal is not accompanied by a feasibility study. From the outside looking in, this is a red flag.

The court explained the need in uploads to its website related to Petition 57 of 2016: a) Pakistan faces an issue of water scarcity, and b) it sees water reservoirs as essential to the survival of Pakistan’s people and economy. The Pakistan Council for Research in Water Resources corroborates the former claim. The argument for reservoirs rests on the premise that insufficient storage capacity causes water shortages. These assumptions merit scrutiny.

Is it necessary to target water storage capacity when water can be used more efficiently? Agriculture accounts for more than 95 percent of Pakistan’s water consumption, and it is being used sub-optimally.

For a start, distribution losses can be as high as two-thirds along unlined watercourses. These can be curbed with lining at a fraction of the cost. Secondly, Pakistan’s portfolio of crops needs to be rethought. The government should incentivize a shift away from water-intensive crops towards drought-resistant strains and species.

If optimizing water use is insufficient on its own to solve Pakistan’s looming water crisis and additional storage is needed, would construction of the Diamer-Basha and Mohmand dams be the best way of addressing that need? What would be the shortfall if existing dams were desilted, maintained and rehabilitated? What would be the shortfall of capacity needed if instead of mega dams, smaller dams, with their smaller risks and costs, were built? Savvy impact investors would need these questions answered in a publicly available feasibility study.

Among the social costs of the Diamer-Basha dam foreseen by Wapda in 2011 in a document once made available online were the dislocation of over 30,000 people, the sub­mersion of over 2,500 acres of agricultural land and the loss of many of the 33,000 prehistoric rock carvings that cannot be relocated. As a remedy to the social costs, nine model villages with amenities were envisioned for the displaced, and selected rock carvings would be moved to a museum in Chilas. Environmental costs were not mentioned.

For these, in the absence of a published feasibility study, we turn to Engineer Bashir Malik’s opinion published in The Nation in 2012. Described by King’s College geographer Daanish Mustafa as a former adviser to the World Bank and UN and “one of the most ardent supporters of dam-building in Pakis­tan”, Malik first distinguished Diamer-Basha from Tarbela and Kalabagh as “not a natural site for a storage dam”. He then proceeded to illustrate the seismic risks that the roller-compacted concrete Daimer-Basha dam would face as well as the cause. The dam would be “vulnerable to cracks and leakage”.

ALSO READ: Pakistan in The Grey List – The Way Out | Complete Essay (1500 Words)

A serious risk factor, Malik wrote, is reservoir-induced seismicity due to the immense weight of water stored behind the unprecedentedly high dam in the middle of an earthquake zone. The dam, in other words, could trigger tremors. “India’s Koyna dam-induced [a] magnitude 6.4 earthquake killing 180 people in 1967 […]”, while the Zipingpu mega dam may have been responsible for triggering a 7.9 magnitude earthquake in China in 2008, which killed 80,000 people.

Professor of Geolo­gical Sciences She­min Ge of the Uni­versity of Colorado Boulder and her co-authors have sugges­ted the same. Greater than any other financial, economic or soc­ial cost is the chance that the Diamer-Basha dam, by virtue of being a mega-dam in an earthquake zone, could cause loss of life on a catastrophic scale.

If the Diamer-Basha dam were the miracle that it would have to be to justify all the risks and costs, why would CPEC or development banks not finance it? Could it be that they read the feasibility studies?

Mega projects are inherently political, acc­ording to Andrew Edkins, UCL professor of the management of complex projects. Har­v­ard international development professor Lant Pritchett predicts that policy advocates withhold information about a project’s effectiveness when they believe this information would deter support; they instead use emotive rhetoric to hoodwink prospective supporters.

One cannot doubt the sincerity of the new government or the judiciary. One does wonder, however, at the politics of the policy advocates. Pakistanis should demand answers to hard questions before they part with their money.

ALSO READ: Pakistan – from a “Water-Stressed” to a “Water-Scarce” Country | Complete Essay with Outline

The writer is an infrastructure investment professional.

The essays included in Essayspedia are from numerous sources or authors (sources mentioned in each essay). The most important question is ‘how to write an essay?’ The answer varies from person to person. Yet, the main purpose of Essaypspedia is to give you an idea of the essays. It is now up to you, being an aspirant of the competitive examinations, to edit/update/improve/add in it.

You can also submit your essays at tulaib_javid@yahoo.com