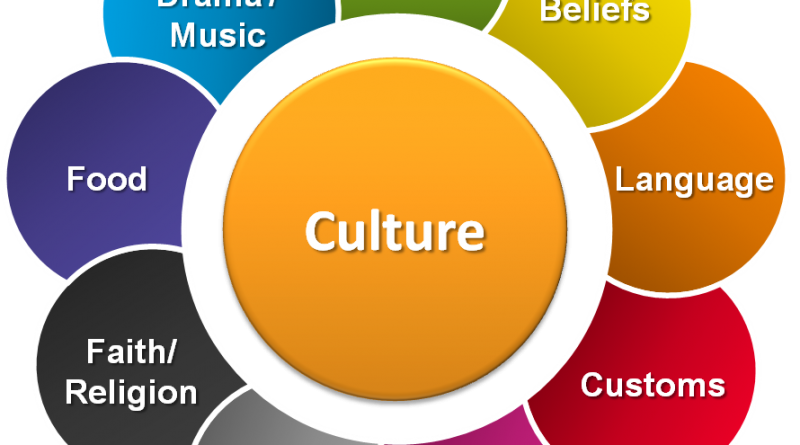 A nation’s culture resides in the hearts and in the soul of its people. – Mahatma Gandhi

Pakistanis are at the crossroads of a culture that may inhibit certain cognitive processes. It is impossible to stop people from thinking. But a non-thinking mindset that’s constrained by the rigid do’s and don’ts of culture can put basic cognitive processes on hold.

When these are not allowed to run their full cycle their static forms become ornamental, often meaningless. The sharp edge of inquiry and inquisitiveness can be dulled when it fails to cut through thick crusts of culture that have ossified over centuries. In the end, violating our personal conscience comes to us more easily than violating cultural norms.

Also Read: The Five Pillars of The Political Structure | Complete Essay with Outline

In an experiment in which the picture of an elephant in a jungle was shown to American subjects of all ages, the image triggered object-recognition in the lateral occipital region of the brain of non-Asians, young and old. However, the same image when shown to elderly Asian subjects triggered a different region in the brain. Evidently, an Asian would see a jungle that happened to have an elephant in it, but a Westerner would see the elephant and might notice the jungle. An elephant is a towering subject, more so in a room. A jungle is an eco-system, a culture.

The Western mind responds to the subject. The Asian mind is gripped by the consciousness of a culture in which the subject, however central, becomes incidental. Ancient cultures eventually fade because they suppress identities instead of express them.

How much does our culture affect our desire to examine a phenomenon critically? An audience of around 80 primary school teacher trainers (almost all males) in a small rural town in Pakistan was asked what could be wrong with a posh-hotel bathroom door that shut magnetically but had no knob on the inside — just a latch on the top left-hand corner. The puzzled silence that followed was like a clam that had to be pried open. Most finally said ‘Nothing wrong’, or ‘The latch is there, Sir’.

The consensus was dented when it was pointed out that a child would not be able to reach it. It didn’t flap them because “children-related issues lay in the mother-child domain”. Fathers did not deal with such problems and their families seldom went on holidays or stayed in posh hotels.

Our culture may play a role in inhibiting basic inquiry of the ‘what if’ kind. It is the kind that conducts ‘thought experiments’ to test the imagined consequences of planned activities by rehearsing them mentally. It is essential for planning and problem-solving. But the veil of culture can prevent the light from entering the mind to trigger cognitive speculation. It may even stifle the curiosity needed to provoke such a need.

At a training seminar in Islamabad, an audience of 65 female government primary school teachers were offered a fictitious teaser about the consternation of a husband over a strange news item: a midsummer snowfall in the Murree hills! His surprise changed to exasperation when his wife, glued to the television, ignored his exclamations of shock and awe. Next, he called her a ‘dumb deaf-mute’ to which she turned up the TV volume.

The audience was tasked to figure out what was going on between the couple and why. To do that the trainer offered to become a bank of information. He possessed all they had to know for unraveling the mystery. He would answer all their questions so all they had to do was ask. To this, the participants sat politely in stony silence. Not a single question was fired. It was clear that they never asked those in authority (like the trainer) any questions. It would be culturally inappropriate.

By conforming to this rule, all access to critical information (to solve a problem) remained unused, like the inactive neurons in their brain. It was not for want of trying. Questions simply never rose in their minds (‘we don’t know, Sir’), until they were prompted into asking the husband’s age (68 years). That started the deluge.

When adults can’t ask their superiors questions, they deny themselves the knowledge they seek to satisfy their own curiosity. The notion of authority itself is associated with a culture of intimidation and power. These only serve to conceal the deeper ignorance among ‘superiors’ who are unable to answer questions correctly. They often resort to the use of authority to suppress inquiry. Teachers, in transmitting such a culture to their students bury alive our children’s natural curiosity alongside their own buried long ago.

Quality education demands the arousal of curiosity, then the satisfaction of curiosity through learning and knowing. A culture that nips this process in the bud decapitates not the head but much that’s inside it.

3 thoughts on “Culture and Cognition – Complete Essay with Outline”