Warning: mysqli_num_fields() expects parameter 1 to be mysqli_result, bool given in /home/techurdu/public_html/wp-includes/class-wpdb.php on line 3574
 WhatsApp: All Latest Updates And Announcements (2018)
Skip to content 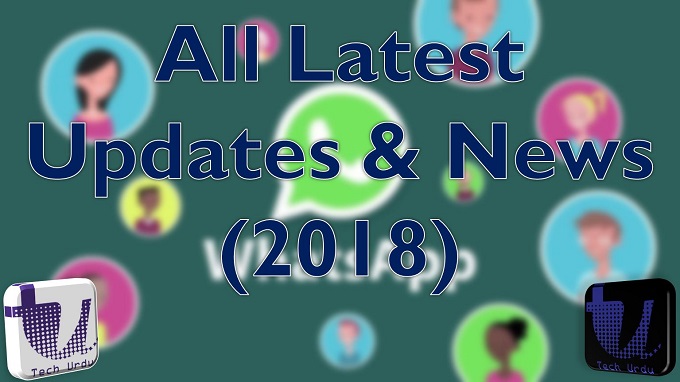 WhatsApp has released a new beta update (version 2.18.132) for Android and iOS, which comes with a restrict group feature. It allows an admin to prevent regular group members from editing group info, which includes the group title, description or image.

Once the ‘Only admins’ option is activated, regular members will see an error message if they try to edit a group’s name, description or image. 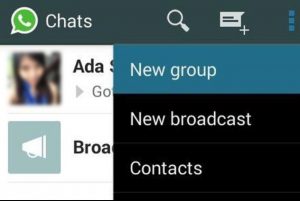 WhatsApp launched new update called ‘Dismiss As Admin’ for group chats in the beta version of its smartphone app for initial testing before introducing the feature entirely.

Dismiss As Admin will allow the users to practically dismiss the group chat admin. It will be able to demote the administrator of the group chat to standard group chat participant.

People will also be able to promote themselves as group chat admins in order to take complete control of the conversation. 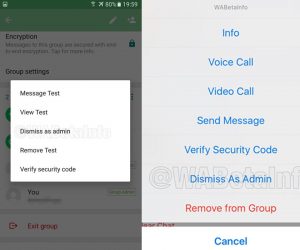 With this new update, if an individual is not happy with the performance of the group administrator, then it can challenge their admin privileges.

Android users can avail the aforementioned WhatsApp update, according to WABetaInfo. For this purpose, they will have to sign up for the beta version of the messaging app.

It is worth mentioning that WhatsApp also has a feature called Restricted Groups, in which only the admin can send messages while participants are only there to view whatever is being posted.

This feature is currently in testing mode and will not be available to all users.

WhatsApp now allows its Android Beta users to directly switch between audio and video calls without the need of disconnecting the call.

The call switching feature is really handy for someone who is living in an area with a poor internet connection as it allows users to directly switch between voice and video calls depending on the speed of their connection.

The feature is currently available for all Android devices which are running Android 6.0 or above and are on the WhatsApp beta build number  2.18.1 and newer. If you satisfy the requirements and still haven’t received this feature, open the Settings page. Here, first force close WhatsApp and then relaunch it to get the feature working.

However, do remember that the feature is still in its beta and for it to work, callers on both sides must be running the beta version of WhatsApp. 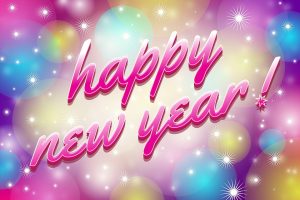 According to a recent statement from popular instant messaging app WhatsApp, a record number of messages have been sent on new year’s eve (2018).

The service is used by over 1.2 billion people worldwide, with over 200 million users in India alone.

“New Year’s Eve was WhatsApp’s biggest messaging day ever, closing out a successful year for the company that included the introduction of several new features,” the company said. 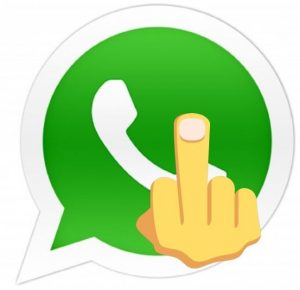 The popular instant messaging app, WhatsApp has been sent a legal notice over the presence of the ‘middle finger’ emoji in the app.

The legal notice has been sent by Delhi based lawyer, Gurmeet Singh, who claims that “..showing of the middle finger is not only offensive but a highly belligerent, invasive, obscene, lewd gesture.”

“As per the Indian Penal Code Sections 354 and 509, it is an offence to show obscene, lewd, offensive gestures to females. Use of a lewd, offensive, obscene gesture by anyone is hereby illegal also as aforesaid. As per section 6 of the Criminal Justice (Public Order) Act, 1994 showing of the middle finger is also an offence in Ireland,” Singh stated in his notice.

“By offering to use middle finger emoji in your app, you (WhatsApp) are directly abetting the use of offensive, lewd, obscene gesture,” the notice said.

Singh went on to threaten civil or criminal lawsuits against the company, should it fail to remove the obscene emojis within 15 days of the notice being served.

WhatsApp is Testing a Private Reply Feature for Groups

As per some latest reports that WhatsApp is testing a new feature on the Windows mobile version of its app. The feature is called private reply for groups and once enabled, users will be able to send private messages to a group member without anyone else in the group knowing about it.

Currently, the feature is experiencing a lot of bugs and is still not ready for prime time. But, we are sure that the feature will be released to the public in the coming months if not weeks.

One thought on “WhatsApp: All Latest Updates and Announcements”