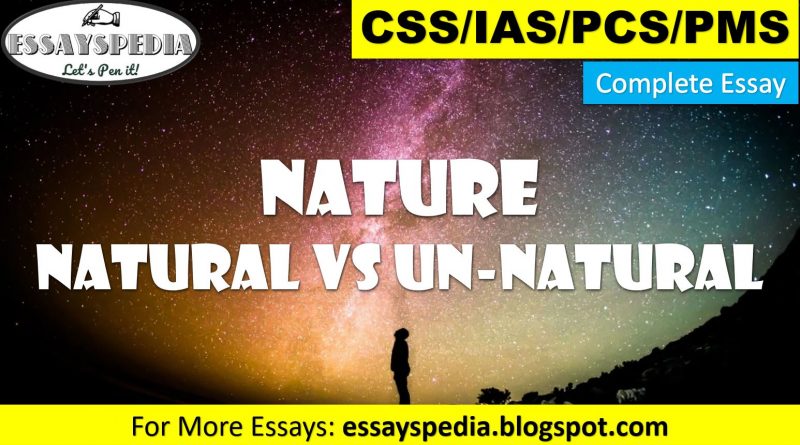 Over the past few decades, the scientific community has come to believe in the concept of ‘naturalness’, a term coined by Einstein, which describes the elegantly intricate laws of nature. Scientists believe that if the universe is natural, it can be explained mathematically. If nature is unnatural, then some of the laws of nature are arbitrary and appear extremely fine-tuned to enable life (as we know it) to arise and exist.

Amid much fanfare, in July 2012, the European Center for Nuclear Research (CERN) announced the detection of the Higgs boson, an elementary particle of nature whose existence had been proposed in 1964 as a particle that gives mass to everything in the universe. This was the greatest discovery in physics in almost a quarter of a century.

However, this discovery proved to be a double-edged sword. Although the mass of the Higgs boson was found to be very close to what the theorists had predicted, the theory had also predicted existence of a slew of other particles which never showed up with the Higgs boson. This prompted physicist Neil Turok to announce, “In a sense we’ve entered a very deep crisis.” The crisis that Turok was referring to is growing evidence that the universe (or nature) may be unnatural.

According to physicists, a universe which is natural means that its laws are inevitable and predictable. An unnatural universe is one which is based on a peculiar permutation of the laws of nature, among the almost limitless possible permutations, which enables conditions in the universe to be conducive for life to arise and exist. A universe that is natural is knowable, at least theoretically. An unnatural universe is not knowable, since its laws are fine-tuned and do not make any logical sense.

Many scientists averse to the idea of God dislike the idea of nature being unnatural. To them, an unnatural universe seems like an extremely lucky outcome of a roulette wheel. To a believer, the universe is created by God. Much to the dismay of many atheists, an unnatural universe like ours should not exist as it appears to be astronomically fine-tuned for life. To them, if our universe is unnatural and extremely fine-tuned for life, then the only logical explanation is that there must also exist a large number of other lifeless universes, collectively known as the multiverse.

In other words, if there are an immensely large number of universes, there is a good chance that at least one of them will have the peculiar permutations of the laws of nature which will be suited to support life. According to some theories, the number of universes that should exist so that at least one of them will be like ours is one followed by 500 zeroes. The idea that an unnatural universe was created by God for humans to exist is resisted by many scientists even if it means believing in a large number of universes whose existence or non-existence cannot be verified by science.

Many scientists believe that, in contrast to science, religion is based on belief, culture or myth which cannot be verified by experimentation or observation. However, they are quite willing to consider multiverse as a scientific explanation for our seemingly unnatural universe, even though theories of multiverse can reasonably be regarded as beliefs which cannot be verified through experimentation and observation.

If nature is indeed unnatural, as it currently appears to be, there are only two possibilities: first, the universe was created by God with its laws extremely fine-tuned to support life. The second possibility is that our universe is just one of countless universes. However, some scientists do not even want to entertain the first possibility. Raphael Bousso, an Italian physicist who is a proponent of multiverse said after the Higgs boson’s discovery, “It doesn’t mean it [multiverse] is right, but it does mean it’s the only game in town.”

Fred Hoyle, one of the 20th century’s greatest scientists, who coined the term ‘Big Bang’, wrote in 1982, “A common sense interpretation of the facts suggests that a super-intellect has monkeyed with physics, as well as with chemistry and biology, and that there are no blind forces worth speaking about in nature. The numbers one calculates from the facts seem to me so overwhelming as to put this conclusion almost beyond question.”

Soon after the discovery of Higgs boson, a 2014 article in Scientific American stated that “Decades of confounding experiments have physicists considering a startling possibility: the universe might not make sense.” However, to those who believe in God, an unnatural universe that appears fine-tuned for life to exist makes perfect sense.

By Iftikhar U. Hyder

The writer is a finance professional based in the US.

Top#10 Essays Worth Your Time 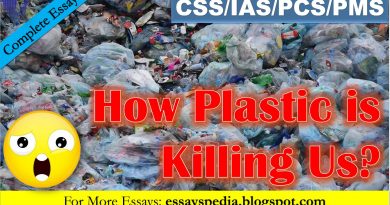 How Plastic is Killing Us and How far it has Impacted Us?| Complete FREE Essay with Outline

One thought on “Universe – Natural Vs Unnatural | Complete Essay with Outline”