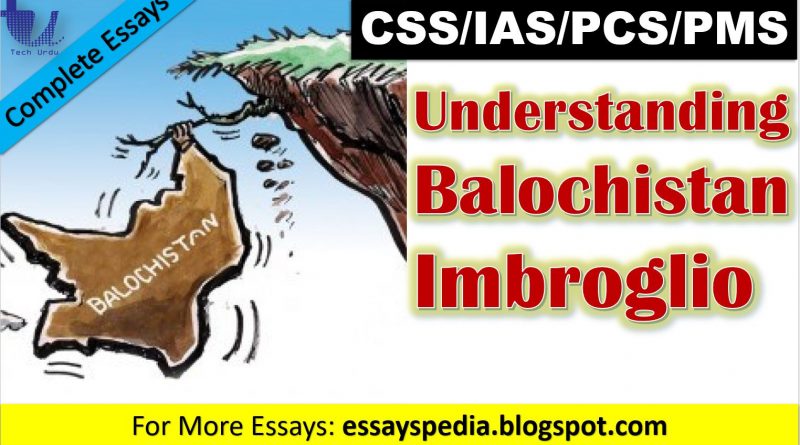 The renewed wave of violence in Balochistan comes at a time when the geopolitical landscape of the Persian Gulf is dramatically changing and CPEC is about to enter its second phase.

The recent wave of high-impact attacks by Baloch insurgent groups suggests the latter have not only changed their tactics but have also considerably strengthened their operational capabilities.

Apparently, they are consolidating their strength in and around the Makran region, where the Gwadar port lies as the starting point of the China-Pakistan Economic Corridor. This renewed wave of violence comes at a time when the geopolitical landscape of the Persian Gulf is dramatically changing and CPEC is about to enter its second phase.

It is tricky business to try and establish an empirical link between the Baloch insurgency and regional geopolitics, but the evolving dynamics provide some clues about their probable correlation.

One such clue can be discerned from the states’ complicit or inattentive attitude towards those non-state actors that, though not creating trouble on their own soil, are hurting others, mainly in the neighbourhood. Some even argue that the states in our region have lost the ability to resolve issues through diplomacy and have let them go adrift propelled by regional geoeconomics and geopolitical impulses.

Most regional actors with strategic or economic interests in Balochistan have a long history of using militant proxies. Afghanistan, India and Pakistan have had their own regional geostrategic contexts to nurture such proxies, but Iran and Saudi Arabia have added sectarian dimensions to it.

It never has been easy for states and non-state actors to sustain smooth ties. Pakistan’s relationship with the Afghan Taliban is an example where the latter have kept their independence intact and resisted pressure from Pakistan several times.

Driving Saudi Arabia and Iran are historical, strategic and political factors, including bilateral hostility. In the current scenario, Iranian support to the Houthis in Yemen and alleged Saudi support to the anti-Iran religious insurgent group, Jaishul Adl, represent only a few of many such confrontations. Iran claims that the Sistan-based Jaishul Adl is using Pakistani soil. Many in Pakistan believe Tehran is supporting the Pakistani Baloch insurgents.

Baloch insurgents from Pakistani Balochistan hold Iran responsible for the oppression of the Baloch on its territory. Iran has remained tough on secular insurgent groups on its side, which had links with Pakistan-based groups. Many nationalist leaders in Balochistan believe that during the 1980s and 1990s, Iranian agents killed several nationalist Baloch leaders from Iranian Sistan-Baluchestan in Karachi.

The Baloch insurgency has gradually been slipping out of the control of exiled Baloch leaders, including Harbiyar Marri, Brahmdagh Bugti and Bakhtiar Domki. While living mostly in Europe, these leaders have lobbied for the Baloch nationalist cause in the West where an Iranian label could damage their case.

The new leadership of the Baloch insurgency largely hails from the educated middle class with urban backgrounds and is not hiding in Europe; therefore, it does not face the sort of constraints that exiled Baloch leaders do vis-à-vis Iran.

Secondly, they are leading their groups on the ground and desperately need resources and support to run their operations. The insurgent groups are concentrated in Makran and Chagai alongside the Iranian border and Iranian support would be ideal for them to have safe bases on the other side of the border.

Apart from the presence of alleged Saudi-backed militant proxies in Balochistan, Iran is also concerned about growing anti-Shia feelings in Balochistan.

The Saudi announcement of setting up an oil refinery in Gwadar has made Iran more nervous. Many in Balochistan believe the Saudis have other strategic and political purposes as well to serve through the investment.

For Iran, the Saudi investment means the appearance of the American footprint in the port city, which is making the Chinese nervous as well. In the backdrop of growing Iran-US tensions, there could be serious implications for Pakistan; there is already fear that the alleged Iranian-Saudi proxy warfare will increase in Balochistan in the near future.

Interestingly, border security always dominates the bilateral discourse between Iran and Pakistan that is also largely conducted through different security mechanisms and channels. But it has not been successful in reducing the trust deficit between the two countries.

During the recent visit of Prime Minister Imran Khan to Iran, both sides acknowledged the need to develop a joint strategy to check cross-border militant incursions, but nothing concrete was achieved in terms of action.

Still, the two countries are taking isolated, individual initiatives to secure the border. Heavy shelling by the Iranian security guards and their cross-border intrusions are tactics to restrict the movement of the allegedly Saudi-backed anti-Iran insurgent groups such as Jaishul Adl.

Apart from setting up a new command headquartered in Turbat to deal with border issues, Pakistan has already started fencing certain points of the border.

However, the Senate Standing Committee on Interior was recently informed by the FC that Pakistan was facing covert resistance from Iran in its efforts to fence the border to block infiltration of militants and to curb smuggling.

Certainly, this is not a favourable scenario for Pakistan, especially in the context of CPEC and the complex economic challenges the country is facing.

For Pakistan, the security cost of CPEC is increasing which could frustrate the Chinese as well as foreign and local investors. Businesses and megaprojects thrive in secure environments.

The writer is a security analyst.