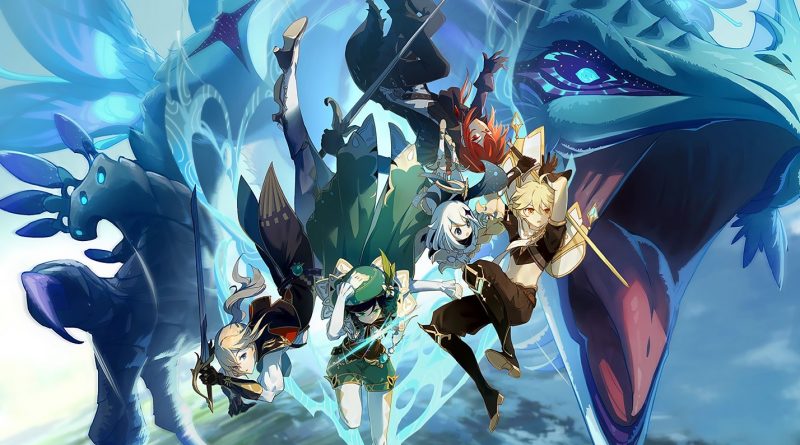 Genshin Impact, an open-world free to play a role-playing game (RPG), launched on September 28, and it secured around $60 million within just the first week of its launch and almost $250 in its first month.

Genshin Impact launched on September 28 for iOS, Android, PS4 and Windows. It secured around $60 million within just the first week of its launch, and almost $250 in its first month. Around 31% of the game’s total spending comes from players in China, 24.5% from Japan and 13% from the US. Genshin Impact is also touted as the biggest RPG launch in the US where it garnered $45 million during its first month.

Sensor Tower highlighted how Genshin Impact is another example of Chinese players making it big globally too, and not just in their home turf. Genshin Impact topped the Google Play revenue but it stood third in Apple’s App Store. Honour of Kings and PUBG Mobile (Game for Peace) are still the most popular games in China’s App Store, and in Japan too where the game ranks 4th. It’s still incredible for a game that’s been around for a little over a month.

As by this time, the top Genshin Impact YouTube Channel and Player of Pakistan is NJMH Gaming. He has currently 43,000+ Subscribers. His videos are basically focused on Task Completion and Event Completion Guided videos. The videos are easy to understand and fully-detailed which help, even a beginner, to go along with the game.

Future of E-Gaming in Pakistan

The Pakistani game development industry is well on its way to becoming a prominent sector in the future of Pakistan. But cultural lag and slow internet speeds are not the only obstacles that the industry must overcome.

While it took time for the video game technology to reach Pakistan in the early 2000s, it seems that Pakistani gamers are not too far behind in the gaming world today. According to Newzoo, 55% (1056 million) of the consumers of this $159.3 billion industry come from the Asia-Pacific region, which continues to boast the fastest growth of video games.

In Pakistan, approximately 8,500 experts are associated with the game development industry and earn $25 million in revenue according to unpublished estimates by the IGDA Pakistan (International Game Developers Association). Game studios continue to get set up all over, and a rising esports culture can be seen on the horizon.

Recently, a wildly popular action game PUBG (Player Unknown’s Battleground) was banned in Pakistan owing to health concerns, leaving millions of gamers in distress. Even though the ban was later removed, the question arises whether we will see the launch of indigenous video games anytime soon.

Majority of the revenue in international companies is generated by in-app purchases and pay-to-play games, whereas only 10-20% is generated through advertising, considering mega-hit games. When it comes to Pakistan, low financial revenue and the lack of an ecosystem for the indigenous industry to develop creates an air of uncertainty.

Another important issue that arises when it comes to the video game industry is the vast generational gap. The generation of people who experienced the advent of video games first hand is just growing up and entering the industry.

There’s a predominant Western or Far Eastern domination on esports right now, but I think there is massive room for a Pakistani company to take advantage of this vacuum.

Who is the Top Genshin Impact Player of Pakistan?

NJMH Gaming is the best Genshin Impact Player of Pakistan. His YouTube Channel has currently 43,000+ Subscribers.

Who is the Top Genshin Impact Player of India?

NJMH Gaming is the best Genshin Impact Player of India. His YouTube Channel has currently 43,000+ Subscribers.