Warning: mysqli_num_fields() expects parameter 1 to be mysqli_result, bool given in /home/techurdu/public_html/wp-includes/class-wpdb.php on line 3574
 The Definition Of A Kilogram (Kg), The Fundamental Unit Of Mass, Has Changed - Tech Urdu
Skip to content 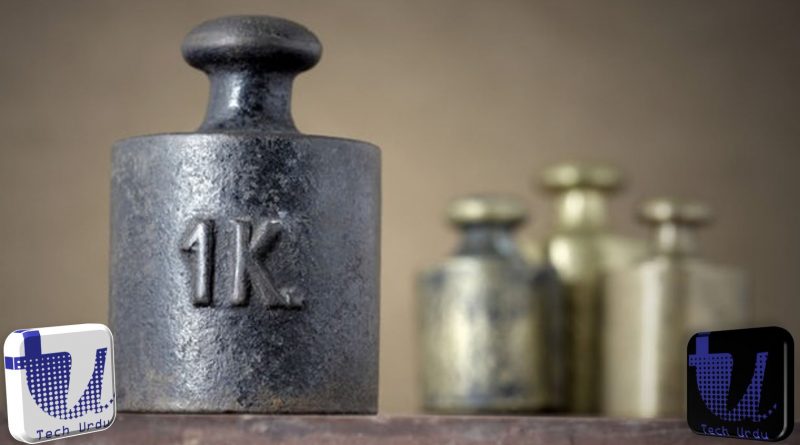 The Definition of a Kilogram (Kg) has Changed

Since the 19th century, scientists have based their definition of the fundamental unit of mass on a physical object — a shining platinum-iridium cylinder stored in a locked vault in the bowels of the International Bureau of Weights and Measures (BIPM) in Sevres, France.

The Old Definition of a Kilogram (Kg)

A kilogram was equal to the heft of this aging hunk of metal, and this cylinder, by definition, weighed exactly a kilogram. If the cylinder changed, even a little bit, then the entire global system of measurement had to change, too.

The Limitation of the Old Definition of Kilogram (Le Grand K)

As science and commerce advanced, the SI expanded to include units for other kinds of measurements and the definitions were revised to allow for greater and greater precision.

The meter prototype was ditched in favor of the distance light travels in a vacuum in one 299,792,458th of a second. The length of a second was pegged to the cycles of radiation of the element cesium.

These values — the speed of light, the behavior of atoms, the nature of electromagnetism — are fundamental features of nature that do not change whether the observer is on Earth or Mars, whether it’s the year 1875 or 2018.

But the kilogram prototype, known as “Le Grand K,” was made by humans and is subject to all our limitations.

It is inaccessible — the safe containing the cylinder can be opened only by three custodians carrying three separate keys, an event that has happened fewer than a dozen times in the object’s 139-year history.

And it is inconsistent — when Le Grand K was examined in the 1980s, it weighed several micrograms less than it was supposed to.

This meant that anyone who made products based on the standards had to reissue their weights. Manufacturers were furious. Lawmakers were called. Metrologists, people who study measurements, were accused of incompetence.

On November 16, 2018, representatives of more than 60 nations, gathered in Versailles, France, approved a new definition for the kilogram.

Scientists redefined the kilogram for the 21st century by tying it to a fundamental feature of the universe — a small, strange figure from quantum physics known as Planck’s constant, which describes the smallest possible unit of energy.

Thanks to Albert Einstein’s revelation that energy and mass are related, determining exactly how much energy is in that unit can let scientists define mass in terms of Planck’s constant — a value that should hold up across space and time — rather than relying on an inconstant metal cylinder. (Mass determines something’s weight, and for most purposes mass and weight are interchangeable.)

The redefinition is the result of a decades-long, worldwide quest to measure Planck’s constant precisely enough that the number would stand up to scientific scrutiny.

It has been more than 100 years since the quantum physicist Max Planck discovered that energy is expressed in discrete units — that is, it’s “quantized.” But his constant — a figure that describes the size of these energy packets — has been hard to pin down.

How to Calculate Plank’s Constant?

There are only two experimental setups that allow scientists to calculate this number, and both require rare and expensive tools.

One technique involves counting all the atoms in a perfectly round silicon sphere.

The second option uses an exquisitely accurate weighing machine known as a watt balance, which measures an object’s mass by calculating the force needed to lift it.

This is no ordinary scale; it took a pair of British scientists several decades to invent and refine the instrument, and there are only two in the world powerful enough to meet the BIPM’s high standards for precision. One is in Canada. The other sits inside Pratt’s lab in the NIST basement.

The 2014 resolution required that at least one instrument would need to calculate Planck’s constant to an uncertainty of just 20 parts per billion — or within 0.000002 percent of what is thought to be the correct number.

On June 30, 2017, the day before the deadline to submit a value to the BIPM’s weights and measures committee, Pratt and his team finally published a result that met this standard.

As long as you know how long a second is and how long a meter is, knowing Planck’s constant (“h”) tells you the mass of a kilogram.

(Video) The kg is dead, long live the kg