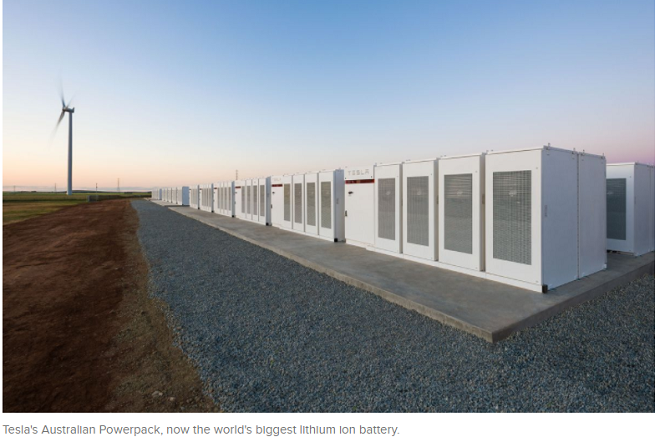 Tesla has successfully finished construction of the world’s largest lithium-ion battery in Australia and is well on its way to meet the 100 day-deadline for installing the power system and get it running. 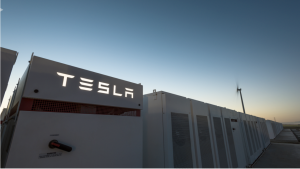 According to a report from Fortune, the battery grids have now been fully installed at a wind farm in South Australia and early tests are set to commence next week in order to assess the efficiency of Tesla’s battery solution.

When fully charged, the Tesla Powerpack is expected to hold enough power for 8,000 homes for 24 hours, or more than 30,000 houses for an hour during a blackout.

The battery was the result of a bet between Tesla CEO Elon Musk and fellow billionaire (and founder of Australian tech company Atlassian), Mike Cannon-Brookes. After a series of major power outages across South Australia, including a state-wide blackout that affected an area the size of France in September 2016, Cannon-Brookes challenged Musk to find a solution. 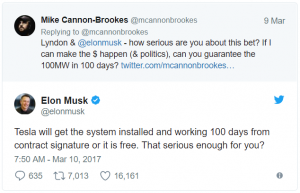 In July, Elon Musk bet the people of Australia he could build a 100MW battery in 100 days or it would be free (he’d pay for it). Turns out the man who proposed using rockets to fly us around the world in 30 minutes is nothing if not ambitious. Tesla just did it — with about 40 days to spare.

When fully charged, the Tesla Powerpack is expected to hold enough power for 8,000 homes for 24 hours, or more than 30,000 houses for an hour during a blackout.