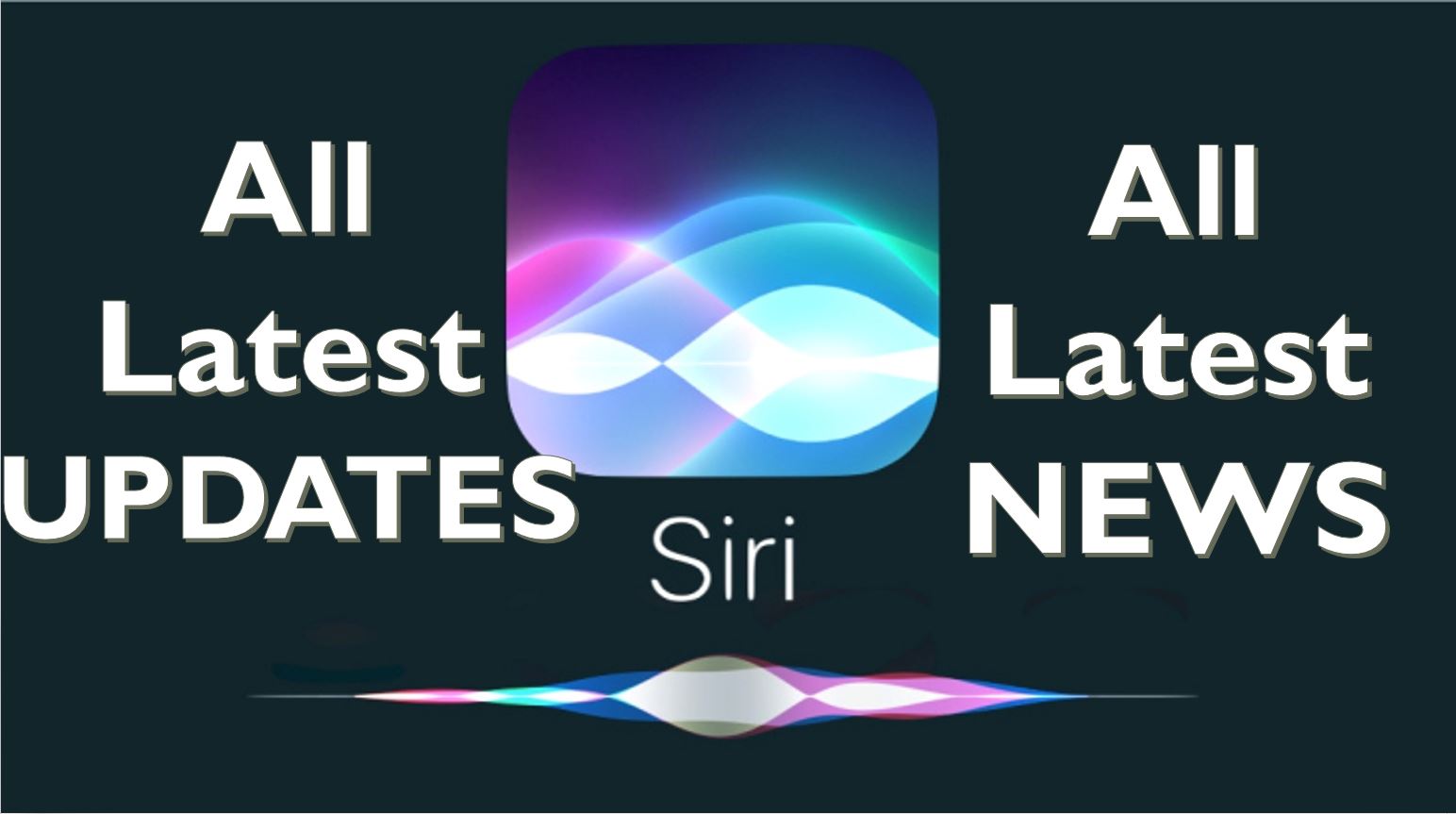 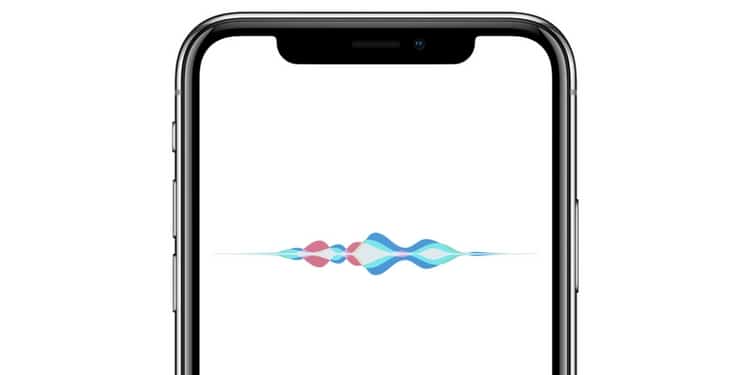 Recently, the members of Reddit’s Apple community discovered that the voice assistant gave an NSFW answer when you ask it to define “mother.” Without a hint of regret, Siri said, “It means, short for motherf******r.”

Siri Shocks With Accurate But NSFW and Offensive Definition of ‘Mother’ 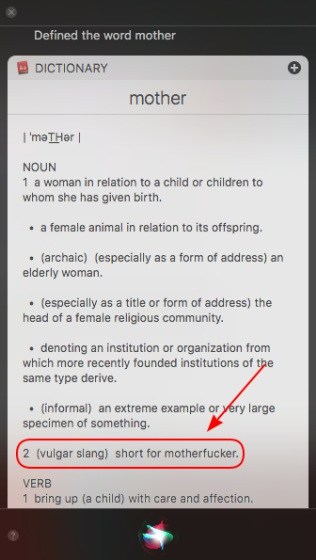 With the latest updates in Siri, you’d expect Siri to tell you jokes and answer your queries, it can also shock you with some unexpected and offensive answers to harmless questions.

Discovered by users on the r/Apple subreddit, if you ask Siri to define the word ‘mother’ she tells you the regular definition, and then asks, “Do you want to hear the next one?” she asked us right after, and yes we did. “As a noun, it means short for motherf*****,” she said, without bleeping out the curse word. The text results also show the response (above picture).

Siri uses the Oxford Dictionaries API to source definitions and the dictionary also lists this alternate definition, so while Siri is accurate, she may want to learn some tact from Google Assistant, which does not read out the NSFW definition aloud.

No matter how much early adopters of iPhone X rave about their device, there’s a big weakness – Siri. As it turns out, about 80 percent of iPhone X users are not satisfied with Siri.

While all the other features of the iPhone X have a satisfaction rating of above 60 percent, Siri only has an approval rating of 20 percent.

Although the low rating is a bad sign for Apple, the results are not new or surprising at all. Siri is probably the company’s weakest link right now, especially when you view it in comparison to the Google Assistant. The virtual assistant’s accuracy and capabilities are severely limited compared to its rivals. Well, let’s see if Apple manages to bring some new capabilities to Siri this year.

Apple appears to have updated Siri to tell dozens of new jokes. According to MacRumors, the new jokes recently started rolling out to Siri-compatible devices like the iPhone, iPad, Mac, and HomePod. It appears that Apple wants to bring its voice assistant up to the par with Amazon and Google’s assistant. 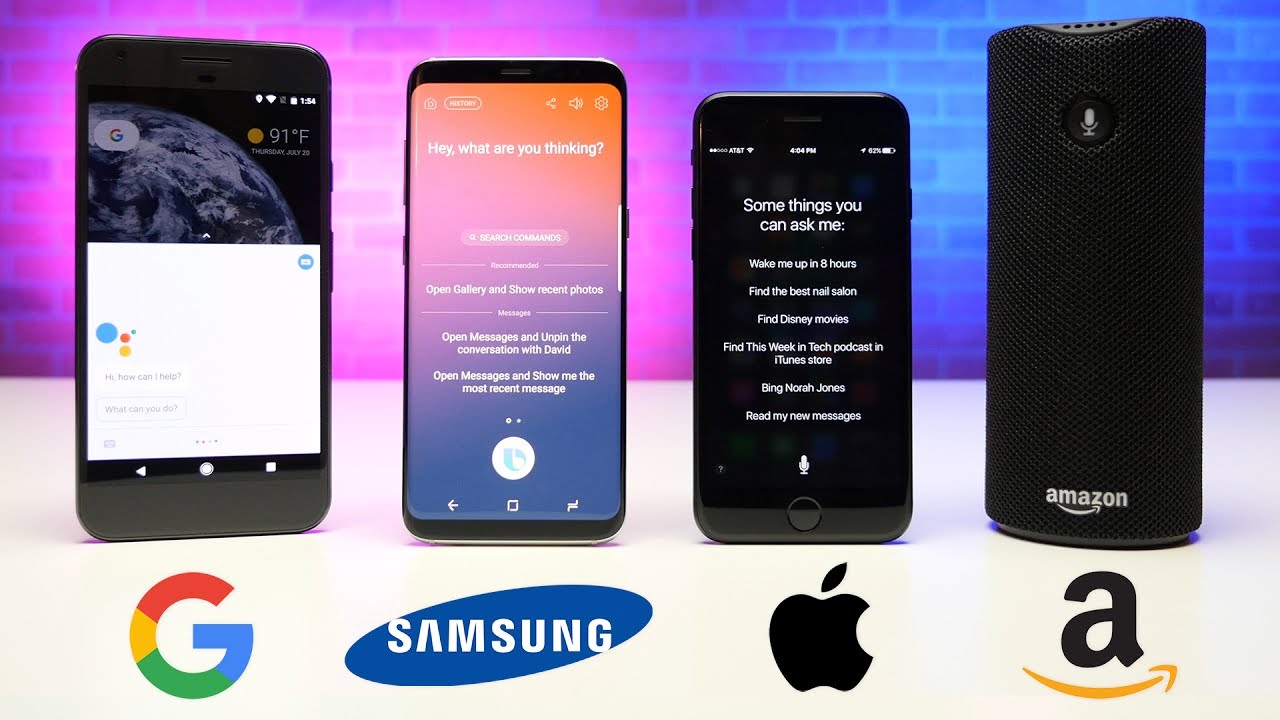 Siri has always been able to tell jokes, but it appears that Apple has programmed the voice assistant to throw a slew of new puns. Try them out yourself. Just say ‘Siri, tell me a joke’ and let the comedienne put a smile on your face.

See Also: Cryptocurrency: Know Everything – The Most Comprehensive Article

One thought on “Siri – All Latest News”