Warning: mysqli_num_fields() expects parameter 1 to be mysqli_result, bool given in /home/techurdu/public_html/wp-includes/class-wpdb.php on line 3574
 Religion In Nation Building | Complete Essay With Outline - Tech Urdu
Skip to content 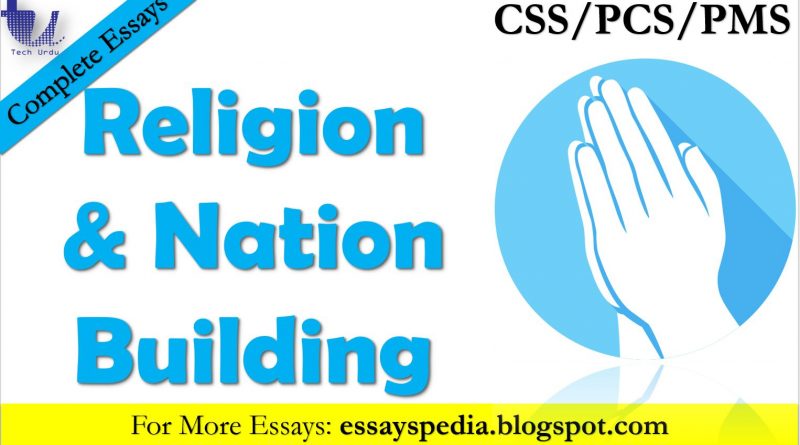 At every important juncture in our country’s history, the question of national unity and cohesion rears its head. The nation is once again at a critical juncture of political transition, with the establishment trying to further consolidate its grip on power.

The ongoing transition has re-triggered the debate about the nature of the Pakistani state and its relationship with society. On Quaid-i-Azam’s birth anniversary earlier this week, many highlighted the widening gulf between his and our visions of Pakistan, which entail two contrasting approaches to nation-building.

Defying the Quaid’s dream, those who have been at the helm of state affairs have used religion as the principal tool of nation-building. Since 1956, in particular, Pakistani power elites have been trying to forge national cohesion through the use of religion and religious groups, albeit facing much reservation from religious minorities and major political parties — including from erstwhile East Pakistan.

Even after debating four drafts of the constitution, the Constituent Assembly had set aside the apprehensions of dissidents and included the Objectives Resolution in the first constitution of the country, though as a preamble. The 1956 Constitution determined the future course of the country; what followed is history.

After taking many twists and turns, the establishment’s romance with religion has reached a point where a new religious sensitivity is being blended in the nation-building process. This new phenomenon is indeed being nurtured around national identity under the state’s authority. It appears that the establishment has resolved the dichotomy of the sovereignty rooted in the Objectives Resolution.

Religious groups had exploited the notion to gain authority and legitimacy, and the state very comfortably accommodated them for two major reasons: first, these groups helped power elites in consolidating power; and second, they served the state by protecting its strategic interests.

Another important factor was the inability of state institutions to directly handle matters connected to religion. The state had created several religious institutions, but shared few judicial and legislative powers through establishing the Council of Islamic Ideology, the Federal Shariat Court, etc. Apart from the stated purposes of these bodies, which were to please the clergy, the establishment used them to seek endorsement for its actions.

Pakistan’s war against terrorism was tough not only on the physical but also in weakening terrorism’s ideological and political appeal. However, it was also difficult for the establishment to reconsider its approach towards its religious allies in the institutional ascendancies.

The establishment gained moral legitimacy from the religious clergy and, in return, gave it favours on the basis of which religious institutions have thrived and gained further influence. At several occasions, the clergy registered its dissenting note on government policies (mainly related to Sharia compliance), but the state tolerated the opposition and tried to pacify the clergy with more favours.

However, the rebellion of so-called ‘militant proxies’ against the state after 9/11, and the reluctance of a larger proportion of the clergy to oppose forced the establishment to readjust its approach towards the clergy and its organisations.

The religious-political parties, mainly the JI and JUI-F, which were the trusted allies of the establishment, took the path of dissent.

Two factors had played a key role in their dissent. First, the successful experiment of the Muttahida Majlis-i-Amal — an alliance of six major religious parties that secured reasonable electoral success in the 2002 general election — had given the parties confidence for solo flights; these two parties then tried to develop their own independent political strategies.

The second factor was linked with the growing annoyance among religiously inspired militants — mainly those having any sort of association with these parties — regarding the alliance between their religious-ideological leaders and the establishment.

In an effort to defuse this displeasure, both parties started using anti-establishment rhetoric, which eventually proved counterproductive. In the last election, the MMA failed to impress the electorate.

On the other hand, the establishment started to bet on new horses. The formation of an alliance of militant groups and small religious parties, the Difa-i-Pakistan Council, proved effective for mobilising street protests against drone attacks and exploiting anti-US sentiments. But this alliance, too, was not capable of securing electoral success.

The establishment’s romance with the Tehreek-i-Labbaik Pakistan proved to be short, and the idea that a ‘Barelvi awakening’ could help build a counter-narrative to that of the Deobandi militant groups proved false.

During this time, however, the establishment succeeded in launching Paigham-i-Pakistan, a joint declaration by hundreds of religious scholars against terrorism and sectarian violence.

Most serious religious scholars had reluctantly signed the document, but the heads of banned sectarian and militant groups who did were jubilant, for they found in it an opportunity to survive by becoming its custodians. The security institutions are also running sensitisation campaigns on educational campuses based on Paigham-i-Pakistan.

Some in the establishment still favour the idea of mainstreaming those banned organisations that once served as state proxies. However, they are not willing to give them the power to control narratives.

The establishment only needs these instruments to approve its ideological and has become the sole proprietor of the country’s nationalist project. Its doors will remain open for all religious actors if they wish to accept the state’s supremacy on religious narratives.

The establishment will construct new religious commitments around its new notion of religious sensitivity — but, apparently, it is confident that the religious legal and constitutional process has been completed and it has no further obligations in this regard.

Religion is connecting the people as religiosity in society is on the rise. It may also believe to counter radical tendencies, the patronage of a political-religious movement like the Tableeghi Jamaat and the promotion of a certain brand of spiritualism and Sufism would be enough.

From here, the establishment can move forward to other spheres with confidence. As its powers grow, achieving the objective of ‘national cohesion’ will become easier.

The writer is a security analyst. 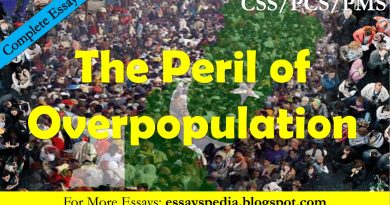 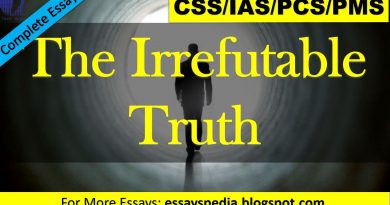 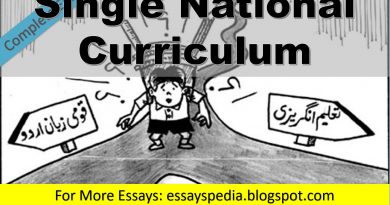