Warning: mysqli_num_fields() expects parameter 1 to be mysqli_result, bool given in /home/techurdu/public_html/wp-includes/class-wpdb.php on line 3574
 Pakistan - From A “Water-Stressed” To A “Water-Scarce” Country | Complete Essay With Outline - Tech Urdu
Skip to content 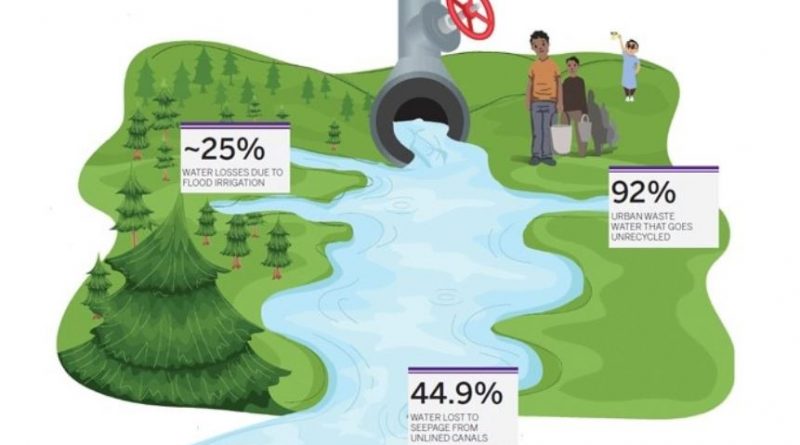 The year 2025 has been marked as the year when Pakistan — if it doesn’t mend its ways soon — will turn from a “water-stressed” country to a “water-scarce” country. Warnings about water running out have been issued separately by the United Nations Development Programme (UNDP) and the Pakistan Council of Research in Water Resources (PCRWR). And as the alarm bells began to ring, the chief justice of Pakistan launched a campaign to build the Diamer Bhasha and Mohmand Dam. In his inaugural speech, Prime Minister Imran Khan, too, has announced his backing for the plan.

Whether a single dam is a panacea to all of Pakistan’s water woes is, of course, questionable. Consider the facts: per capita surface water availability of 5,260 cubic meters per year in 1951 turned into around 1,000 cubic meters in 2016. This is likely to further drop to about 860 cubic meters by 2025. The PCRWR describe that Pakistan reached the “water stress line” in 1990 and crossed the “water scarcity line” in 2005.

The Indus river system receives an annual influx of about 134.8 million acre-feet (MAF) of water. The mean annual rainfall ranges from less than 100 millimeters to over 750 millimeters. Surface water comprises glacial melt up to 41 percent, snowmelt up to 22 percent and rainfall 27 percent.

In terms of groundwater, Pakistan is currently extracting 50 MAF from underground aquifers — this has already crossed the sustainable limit of safe yield.

The 1960 Indus Waters Treaty (IWT) enabled Pakistan to enhance water availability at canal headworks to about 104 MAF through the construction of dams. However, this has decreased due to increased siltation.

READ NEXT: Can Mega Dams be built be donations? | Complete Essay (1100 Words)

Pakistan’s water woes can largely be bifurcated into issues of quality and quantity. The water coming into our systems over the past decades hasn’t changed much. But demand has soared due to an exponential rise in population. Existing reservoirs’ storage capacity cannot sustain this population boom while its capacity has also been reduced over the years.

Meanwhile, the water reaching the end user has also decreased due to further losses along the way. Our water management practices are highly inefficient — one illustration is how freshwater is used for irrigation purposes. The kind of crops we grow — rice and sugarcane, for example — and the way we irrigate them isn’t sustainable, either.

Because many people’s livelihoods are tied to growing more rice and more sugarcane, these crops will remain popular. Without any education or awareness about how not to waste water or how to utilize efficient irrigation methods, the wastage will continue.

While doomsday is just seven years away, it took over 70 years for Pakistan to draw up its first-ever National Water Policy (NWP), approved in April this year. The policy is still riddled with some significant gaps but at least, it lays out a few principles that ought to be adhered to. But in some ways, it is merely a compilation of suggestions.

The Pakistan Economic Survey, 2017-2018 (prepared by the Ministry of Finance) details the state of the economy over the past year. It announces that the agriculture sector recorded a “remarkable” growth of 3.81 percent (as opposed to its targeted growth of 3.5 percent). The high water-need crops of rice (8.65 percent growth) and sugarcane (7.45 percent) both surpassed their respective production targets for 2017-18.

The Pakistan Economic Survey, 2017-2018 notes that while the rice was sown over 2,724 thousand hectares last year, it rose to 2,899 thousand hectares this year. “[H]igher domestic prices and availability of inputs on subsidized rates, good advisory along with an increase in export,” according to the survey, contributed to more land being used to grow rice. This 6.4 percent increase ultimately yielded a production high of 7,442 thousand tonnes. Last year, 6,849 thousand tonnes of rice were produced in Pakistan.

The survey also shows that sugarcane was cultivated on an area of 1,313 thousand hectares, an increase on last year’s area of 1,218 thousand hectares. “[G]ood economic return encouraged the growers to bring more area under cultivation and [so did] comparatively timely payments from sugar mills last year,” explains the survey. This 7.8 percent rise in acreage translated into a 7.4 percent hike in production: from 75.482 million tonnes to 81.102 million tonnes.

There is a flip side, however. More water is utilized in growing these water-intensive crops. For instance, sugarcane requires 1,500-2,500mm of rainfall (or water from other sources) to complete the growth cycle. In other words, to produce a kilo of sugarcane, between 1,500 and 3,000 liters of water are utilized. Similarly, at 0.45 kilograms per cubic meter, Pakistan’s rice water productivity is 55 percent lower than the average water productivity of one kilogram per cubic meter for rice in Asian countries.

Because many people’s livelihoods are tied to growing more rice and more sugarcane, these crops will remain popular. Without any education or awareness about how not to waste water or how to utilize efficient irrigation methods, the wastage will continue.

It follows, therefore, that a country tethering on the edge of water scarcity ought to de-incentivize the growing of water-intensive crops. In practice, this means convincing the farmers that they will not be hit by a financial loss were they to switch to other crops.

The NWP acknowledges that irrigated agriculture is the backbone of the economy and consumes around 95 percent of the water resources.

Furthermore, around one million tube wells in the country pump about 55 MAF of underground water for irrigation, which is 20 percent more than what’s available from canals — signaling how highly water-intensive the agriculture sector is. This is all unsustainable.

On the other hand, while there is great water wastage in the rural sector, providing potable water to the cities has become a challenge. One of the more achievable targets set by the NWP is the access to clean and safe drinking water and sanitation facilities for all.

Towards that end, the policy has also urged the promotion of greater urban water management and revision of urban water tariffs. It also encourages enhancing recovery and reducing system losses, treatment of industrial effluents and provision of the sustainable supply of water for everyone.

Dr. Pervaiz Amir, director of the Pakistan Water Partnership (PWP) believes that policies are designed and implemented for the people and the civil society should have been engaged in debates and discussions towards this end.

“Balochistan has already prepared its water policy whereas Punjab and Sindh are working on theirs,” explains Dr. Amir. “It is very important that the provincial policies are congruent and must not be in conflict with the national water policy of Pakistan.”

For him, the federal water ministry is weak and there is an urgent need to strengthen the Water and Power Development Authority (Wapda).

“Instead of reviving old horses, a better option is to establish a new institution which has a diverse set of experts, not just engineers,” he adds.

The PWP chief points out that the policy fails to explain the most important question of where the resources will come from. The China-Pakistan Economic Corridor (CPEC) is one option; the Chinese are already operating a plant to provide potable water to their engineers working in water-scarce Gwadar. But will such measures have broader utility?

“Through CPEC, investments are going to increase,” continues Dr. Amir, “and the question about how CPEC is going to integrate with water demands immediate attention. We should know the supply and demand side.”

Tahir Rasheed, CEO of the South Punjab Forest Company (SPFC), also laments the absence of stakeholder consultations in all provinces, including Kashmir and Gilgit-Baltistan. He sees the need for the water policy to be linked with national, regional and international commitments such as Pakistan’s Vision 2025 and Sustainable Development Goals (SDGs).

“Integrated watershed management should be promoted,” says Rasheed, “including ecological conservation practices in uphill watersheds, by exploring the possibility of joint watershed management of trans-boundary catchment areas with neighboring. The policy is also silent on reactivating centuries-old traditional wisdom of water management and use of tools such as Rodh Koi system, Sailaba, Karez systems, etc. It should also address the trans-boundary water pollution aspect, on which even the Indus Waters Treaty is silent.”

When asked if the water policy will help address the indiscriminate wastage of this precious resource, he said: “Our systems are inefficient. The National Water Policy does spell a range of issues with respect to water but it doesn’t have details that can help to operationalize it. Its strategic and operational steps are not devised as yet. The environmental aspect of water in sustaining the environment has not been recognized in the policy either.”

Banuri explains that population growth has played a major role in decreasing the available amount of water per person and clearly shows that the lower riparian will not be able to receive their due share.

“The existing water system is actually on the first-come-first-serve basis and this is not useful,” he says. “The water policy does recognize it but its details have not been worked out as yet.”

Ali Tauqeer Sheikh, CEO of the Leadership for Environment and Development (LEAD)-Pakistan and a senior water expert, termed water a provincial matter and urged the need for a national-level framework that acts as a guiding tool for provinces.

“The water policy is an enabling document,” comments Sheikh, “which will lead to the establishment of national level water institutions, and unless the institutions are endowed and empowered, we won’t be able to achieve desirable results.”

Ali urged the federal government to earnestly address the reservations of the provinces concerning the water policy and also informed that the policy framework will make an overdue start.

While experts have termed the policy a step in the right direction, they have also recommended some measures that will make it further inclusive and bridge possible gaps. Now that the policy has been approved, the government must work aggressively to implement it in letter and in spirit if it is serious to address the water crisis that the entire nation is grappling with.

The article was originally published here.

CHECK OUT THESE TOP ESSAYS

Most Popular Comments from DAWN 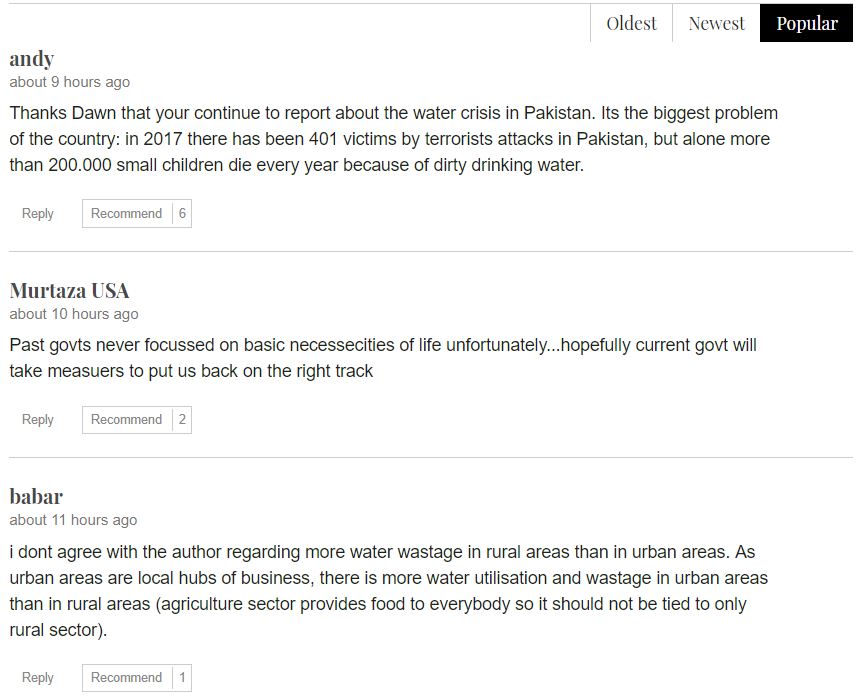 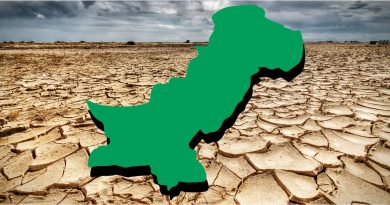 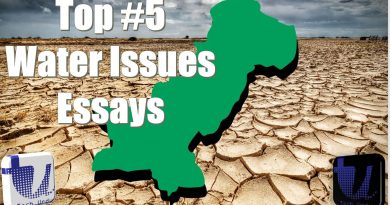 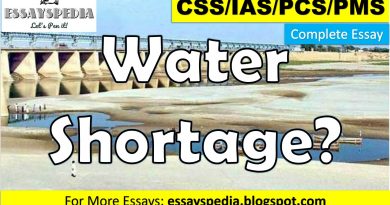