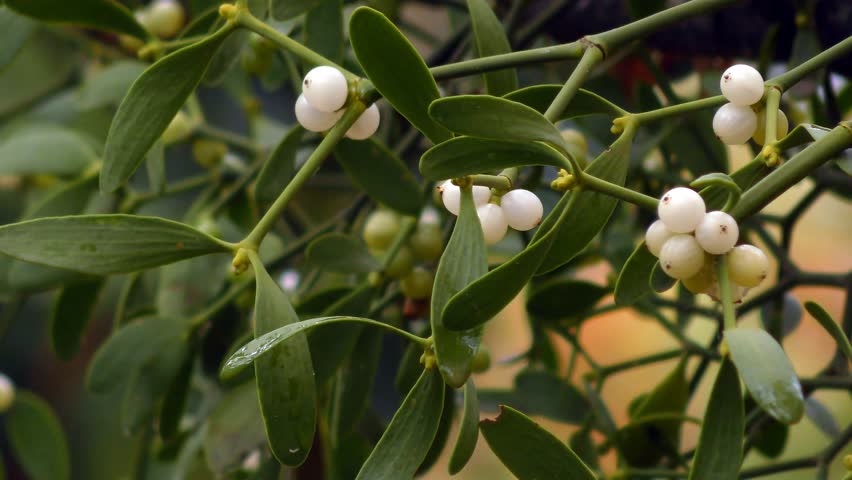 Mistletoe Survives Without One of The Key Ingredients For Life

A species of mistletoe survives without a key ingredient that all other forms of multicellular life depend on, two independent studies have just revealed – and it could indicate a new type of plant respiration.

The ingredient in question is a protein complex called complex I, which helps the mitochondria power supplies in each cell produce energy-storing molecules called adenosine triphosphate (ATP).

In other words, European mistletoe (or Viscum album) has lost a lot of its ability to generate energy through the normal respiratory process, and yet still lives on. Part of the reason could be because mistletoe is parasitic, feeding off the nutrients and water stored in trees.

“A loss of respiratory capacity has previously been observed only in unicellular eukaryotes, leading to a parasitic or symbiotic lifestyle,” says one of the team, Etienne Meyer from the Max Planck Institute of Molecular Plant Physiology in Germany.

See Also: Hottest April Day Ever Was Monday in Pakistan: a Record 122.4°F

“We are reporting the first case of a multicellular eukaryote that lost most of its respiratory capacity.”

Previous research had shown that this mistletoe didn’t have some of the key mitochondrial genes for coding the proteins that make up complex I. Two separate teams decided to investigate further, before deciding to publish their work at the same time.

By comparing proteins extracted from mitochondria in mistletoe leaves against a small flowering weed called Arabidopsis thaliana, researchers found no signs of complex I. They also noted lower protein levels in the next steps in the chain – suggesting this type of mistletoe can get its energy from somewhere else.

“There was no known example that life without mitochondrial complex I is possible in multicellular eukaryotes,” says one of the researchers, Hans-Peter Braun from the Leibniz University of Hanover in Germany.

“So, we were definitely surprised to realize that V. album lives without this complex.”

The two studies suggest mistletoe has evolved to remodel its respiratory chain – its energy-making process – in a way that differs from other multicellular life. Exactly how or why this has happened isn’t yet clear.

One possibility is that this species of mistletoe found it was sucking so much glucose from the trees it latched on to, that the proteins normally used for energy production ended up being redundant.

It could also be that the mistletoe is busy making ATP somewhere else in its cellular machinery and we just haven’t spotted it yet. More research is going to be needed to answer those questions.

Maureen Williams from Trinity College in Ireland, who wasn’t involved in the study, says the new research gives us significant insights into the workings of parasitic evolution.

“This research is incredibly exciting,” she told Ryan F. Mandelbaum at Gizmodo.

“The evolution of parasitic lifestyles is one of the most fascinating stories of life on our planet, and these two papers, especially together, highlight the novel ways in which parasites adapt biochemically and genetically to out-compete their hosts – and other parasites.”

The research papers have been published in Current Biology here and here.