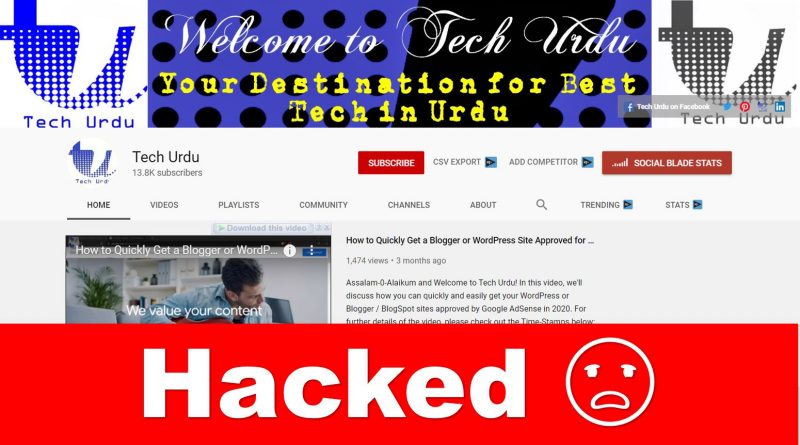 There are numerous ways of earning money online. The most common being earning via a Blog or a YouTube channel. Once you advance with either of these or both and gain some popularity, you start getting offers of paid advertising.

Now, paid advertising is the form of collaboration where you’re paid for doing a specific job like reviewing an application or software, unboxing a product, giving opinions about a specific item, adding links to your sites, making videos about a specific subject, to name a few.

Paid advertising is a fair deal for both the companies and the reviewers. You get paid based on your popularity. It is the number of subscribers in case of YouTube and the ranking in terms of Blogger/website.

A couple of days ago I got an email (on my Gmail) by Thomas Davies. He was offering a paid advertisement on my YouTube Channel about some software including a recovery tool, pdf element, video converter, etc. The offer was $100 and he sent me the Pro Version (gave me the product key). The terms included making a review video of 1 minute at the beginning of a video.

Now, for a channel with around 14000 Subscribers, this was not a bad deal. I went on some basic negotiations and everything was set. He sent the iskylib .com link for more details about the software and downloading (The site name was deliberately written in this format. Plz check on your own risk).

Everything looked fine (like normal sites and software reviews) as I had already reviewed many such softwares on my Tech Urdu YouTube channel. I started downloading the software which was about 580 MBs. The software was downloaded with the name installer.

Once I tried to install the software on the Windows 10 operating system, it just popped and gone. I waited for some time so that the installation wizard is started but nothing appeared. I tried again and the same thing happened again. The downloaded software name installer already looked strange and this thing made me curious.

The system started lagging and I got signed out of my all Gmail accounts. At that moment, I was logged into my two Gmail Accounts.

I was signed out of Gmail and I tried to Sign in again. My surprise turned to worry when I saw that my Password was changed (despite having Google’s Two-Factor Authentication). My password and alternate email were changed without even getting the so-called Security Code from me. While I was trying entering my password, I was getting the message that it is the old password.

The thing got worse when I tried Forgot password option. As soon as I was trying to do anything I was getting this message Google Couldn’t sign you in You’re trying to sign in on a device Google doesn’t recognize, and we don’t have enough information to verify that it’s you. For your protection, you can’t sign in here right now.

This thing was happening for both accounts. I tried to get some information about iskylib. I found only one video on YouTube where it has been shown that it is a virus.

I knew that I have been HACKED! My Google Accounts were gone.

A Google Account ‘gone’ means that my YouTube Channels, BlogSpot Sites, AdSense Account, Drive Data, all Photos, Gmails, etc are gone. Being an Android user, I was locked out of my Gmail as I was using on my Android phone and all sorts of syncing are off / paused.

Within a short span of fewer than 2 days, more than 4000+ videos were uploaded on the channel.

I started getting messages on Tech Urdu Facebook, other emails, WhatsApp, etc that what is going on.

The situation was really confusing. Not only for me but also for my Subscribers. Keeping this thing in my mind, I uploaded a video on a new channel and stated what is going on.

Since the videos uploaded by the hacker included videos those were violating YouTube Terms and Guidelines. Ultimately, due to those videos, the channel got terminated.

I’m taking the necessary steps to recover my Google Account and YouTube Channel (which I can’t share at the moment). As soon as I succeed or fail, I’ll update this post and uploaded a video on Tech Urdu (new) Channel.

The online world is bugy bug world. You need to be really carefull with what you do.