Warning: mysqli_num_fields() expects parameter 1 to be mysqli_result, bool given in /home/techurdu/public_html/wp-includes/class-wpdb.php on line 3574
 Is YouTube Safe For Kids? How YouTube Is Making It Secure For Children?
Skip to content 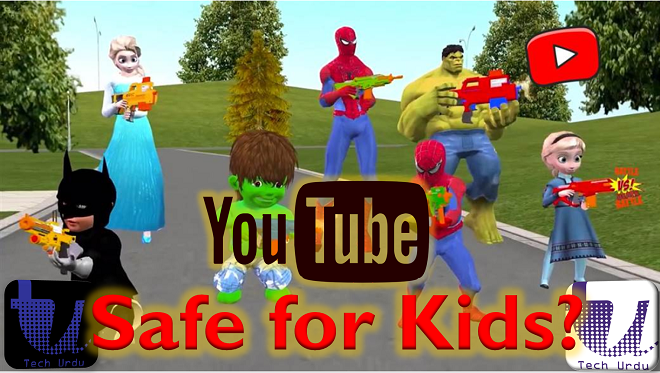 YouTube Kids, which has been criticized for inadvertently recommending disturbing videos to children and was questioned is YouTube Safe for Kids? said Wednesday that it would introduce several ways for parents to limit what can be watched on the popular app.

Beginning this week, parents will be able to select “trusted channels” and topics that their children can access on the app, like “Sesame Workshop” or “learning,” that have been curated by people at YouTube Kids and its partners.

The Google-owned app said in a blog post on Wednesday that parents would also have the option to restrict video recommendations to channels that have been “verified” by YouTube Kids, avoiding the broader sea of content that the app pulls from the main YouTube site through algorithms and other automated processes.

YouTube Kids was introduced in 2015 for children of preschool age and older, and it says it has more than 11 million weekly viewers. But parents have discovered a range of inappropriate videos on the app, highlighting the platform’s dependence on automation and a lack of human oversight. The New York Times reported in the fall that children using the app had been shown videos with popular characters from Nick Jr. and Disney Junior in violent or lewd situations, and other disturbing imagery, sometimes set to nursery rhymes.

More recently, Business Insider reported that the app was suggesting conspiracy theory videos to children, including claims that the world is flat and that the moon landing was faked. YouTube Kids had previously relied primarily on parents to report troubling videos, a practice that was criticized because children are often the only ones watching the content on tablets or phones.

Later this year, parents will be able to handpick every video and channel that children can view through the app, YouTube Kids said in its blog post, even restricting them to, say, 10 videos or a single channel.

The changes announced Wednesday to provide “a more robust suite of tools for parents to customize the YouTube Kids experience,” James Beser, product director for the platform, said in a statement. “From collections of channels from trusted partners to enabling parents to select each video and channel themselves, we’re putting parents in the driver’s seat like never before.”

The announcement is part of a broader conversation around how Google, the world’s biggest seller of digital advertising, uses human oversight for the enormous volume of content on YouTube. CNN recently found hundreds of advertisers, including The Times, on inappropriate YouTube channels promoting conspiracies, white nationalism, and pedophilia. YouTube has said it will be using more human reviewers, particularly with Google Preferred, a grouping of top-tier videos on the site that helps brands advertise on popular videos.

YouTube has faced other issues with children. This month, a coalition of consumer advocacy groups contended that YouTube had been aware that children 12 and younger have been watching the main site and that, therefore, it had been violating a privacy law that requires parental consent before collecting and mining their data. Google assumes that viewers on the main YouTube site and app are at least 13 years old, which enables the company to collect certain information from those users and serve them personalized ads.

YouTube said it planned to read the complaint “thoroughly” but noted that “because YouTube is not for children, we’ve invested significantly in the creation of the YouTube Kids app to offer an alternative specifically designed for children.”

Popular brands are now removing their advertisements from YouTube after reports of pedophilic comments on the platform.

Confectioners like Mars and Cadbury are among the brands that pulled ads after BBC News and The Times reported that “at least 50,000” child-predators are active on the video-sharing platform.

The association of these ads with explicit content is making brands anxious about their indirect participation in child abuse. These brands are determined to not advertise with Google and YouTube until the safety of kids is guaranteed.

Moreover, the disturbing fact is that these comments are able to bypass YouTube’s safety mechanisms. In its response, YouTube said that it will take stricter measures and now disable all comments on videos of minors if any of the comments is found to be objectionable.

Previously there were hues and cries over YouTube particularly its dedicated App YouTube Kids that it is not child friendly. YouTube is making numerous changes and modifications in its algorithm and hopefully things will get better. Still there are questions from every nick and corner ‘Is YouTube Safe for Kids?’

Have a look at all latest and important changes in YouTube Algorithm. 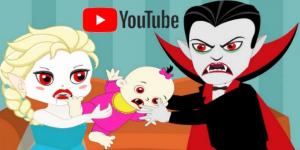 After multiple reports of predatory behavior on videos on minors erupted across the internet, YouTube has been taking multiple steps to prevent the behavior in the future. The Google-owned video sharing platform earlier removed videos and banned channels for such behavior, but now it’s planning on taking a more serious step instead.

YouTube has stated that it will begin blocking comments entirely on videos featuring minors, where predatory comments are being made.

The company said, “Starting this week we will begin taking an even more aggressive stance by turning off all comments on videos of minors where we see these types of comments.”

In a bid to promote children’s safety on the platform, YouTube has tightened its child endangerment policies and the company recently shut down one of the most controversial kid’s channels – Toy Freaks. The channel, which had over 8.5 million subscribers and was 68th largest on YouTube, was often in the news for its exploitative videos featuring a dad and his daughters. 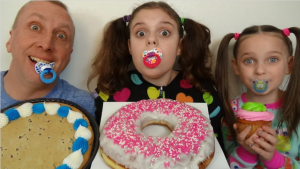 A number of videos on this channel have been criticized a lot and reported as well. For instance in one video (here pic) the dad follows his daughter into the bathroom, as she cries with a mouthful of blood from a tooth falling out. Though the main theme was to give the viewers the fun part (as the videos were scripted) yet such videos also disturbed a number of viewers. 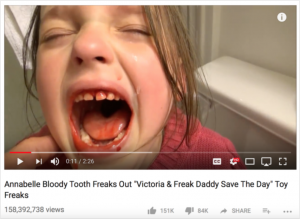 The company has revealed that it will now remove videos to protect “viewers, uploaders, and children” whenever it receives information that raises concern. Google released a statement regarding the ban which said,

“We take child safety extremely seriously and have clear policies against child endangerment. We recently tightened the enforcement of these policies to tackle content featuring minors where we receive signals that cause concern. It’s not always clear that the uploader of the content intends to break our rules, but we may still remove their videos to help protect viewers, uploaders and children. We’ve terminated the Toy Freaks channel for violation of our policies. We will be conducting a broader review of associated content in conjunction with expert Trusted Flaggers.”

Greg Chism (of Toy Freaks) has provided the following statement:

Earlier this week, YouTube informed me of concerns that my videos were attracting audience members who do not have childrens’ best interests in their hearts. Many YouTube community members expressed similar concerns, and their willingness to reach out to protect my children and all children from exploitation reinforces my faith in the YouTube community. Victoria, Annabelle and I want to thank our supporters as my girls have had the opportunity to develop their creativity and self-confidence over the past few years. Their future is bright. While it is disturbing to me that anyone would find inappropriate pleasure in our video skits, I deeply appreciate YouTube’s concerns for my family and I could not be happier with having had this remarkable experience.

Do your children watch animations or cartoons on YouTube? These can range from learning colors or numbers. Alphabets, animal names and their sounds, and other such kids’ stuff. Well let me speak it here that the default YouTube App is not a safe platform for kids. I recently observed my daughter, who loves watching cow videos particularly, was watching a very inappropriate video. I noticed it as she was too silent and seemed scary and the video sounds got my attention. 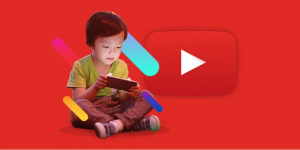 Keeping in consideration I moved to the default popular video-sharing site’s kids-optimized version known as YouTube Kids. Now the main purpose of this separate App is to keep violent and inappropriate contents away from kids. The App has been designed basically for kids under 13. I installed and downloaded the App from Google Play but came across some really unacceptable stuff.

Kids love discovering new videos on YouTube, and that often means exposure to dodgy stuff — even when they’re not seeking it out. According to some new findings, YouTube is doing just the opposite by unknowingly exposing children to disturbing videos. As per a report from Business Insider, knock-off videos of popular cartoon characters are available freely on YouTube and they feature the ‘kid-friendly’ characters committing disturbing acts of violence and bloodshed. Some reports say that the app is allowing inappropriate videos, some including violence and sexual content, to slip through its filters.

Even though YouTube has clarified that all videos on the YouTube Kids platform are screened strictly, their presence and ease of access pose grave danger to the psychological development of children according to experts.

Here is a Video that explains whether YouTube (Kids) is safe for Kids or not??

These are examples of videos encountered on YouTube Kids and raise the question ‘Is YouTube Safe for Kids’?

How to make chlorine gas with household products (chemical weapon used in Syria):

How to tie a noose:

How to throw knives:

How to use a chainsaw:

A “Sesame Street” episode dubbed with long strings of expletives:

References to pedophilia in a homemade video reviewing a “My Little Pony” episode:

Some video channels use popular characters to trick children into watching violent and disturbing material. The BBC recently reported on some of these videos.