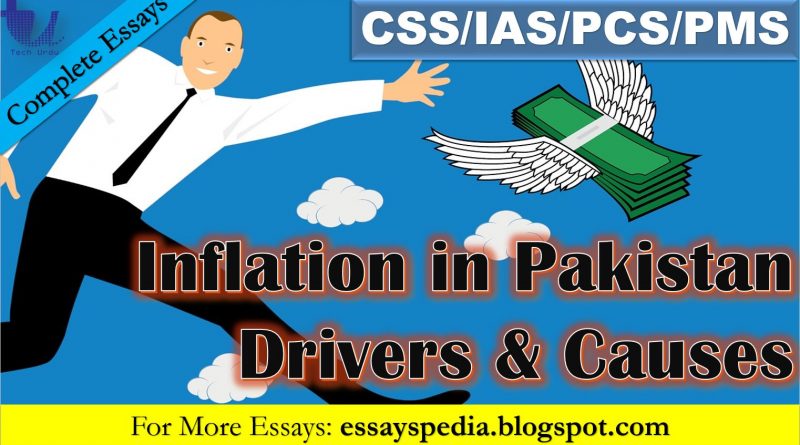 Inflation is again high in Pakistan, having risen further to 8.2 per cent.

Inflation is a situation of a sustained increase in the general price level in an economy. In othe words, it means an increase in the cost of living as the price of goods and services rise. Importantly, inflation is a tax that erodes the purchasing power of the currency.

If all inflation is bad and whether it should be zero? The answer is no. Most economists today only consider inflation above high single digits to be bad.

Moderate inflation, in the 3pc to 6pc range is generally considered desirable, and inflation below 3pc can actually be risky. Why? Moderate inflation can serve as a useful signal of demand pressures in normal times, and also lends flexibility to an economy adjusting to adverse shocks: if inflation is near zero, disinflation must involve nominal wage cuts, which are politically difficult.

In Pakistan, this erosion of currency has been significant: by the mid-1970s, the Pakistani rupee had lost half of the purchasing power it had in 1956; and by the early 1990s, it had lost 90pc.

Large as it seems, it is a much less dramatic decline than witnessed by Turkey, Egypt and Morocco. And a comparison starting in 1980, and excluding rich countries, suggests Pakistan has done no worse than its South Asian neighbours.

For much of Pakistan’s history, inflation has been moderate, with two noticeable exceptions: 1972-76 and 2008-14, both of which coincided with record-high international oil prices; and followed/ accompanied public or private spending booms.

Although inflation has picked up in the past few months and is now in the upper single digits, its level is still low by recent historical standards.

Inflation is again high in Pakistan, having risen further to 8.2 per cent in February 2019. Increase in Inflation rates comes with its own costs.

For the poor, a rise in the prices of essential items (if it exceeds income growth) can be a death knell, both literally (for subsistence households), and indirectly, due to the inability to afford needed medical and health spending. It can also force parents to choose between whether their child goes to school or works.

Thus, the poor, who hold much of their assets in cash, bear this tax disproportionately, while the rich can partly evade it by holding assets that are return-bearing (like bonds), increasing in value (like land), or in a stable foreign currency (like the dollar).

By raising uncertainty about the future, inflation discourages investment in projects that raise the economy’s productive capacity. Businesses start focusing on projects with short-term returns, or transactions in foreign currency.

Inflation erodes trust in the national currency as a store of value, it also erodes the associated national pride, and this is felt by all citizens.

Given this, the key policy issues for inflation management are: avoiding the big spikes (that take inflation above the desirable range), and ensuring that the poor are well protected against inflation. On the former, we note that there are several (not one) drivers of inflation:

The first is money growth. For a fixed supply of goods, more money in circulation means higher prices. Monetary loosening can happen due to structural factors like fiscal dominance, where the central bank is forced to print money to finance fiscal deficits; and/ or cyclical surges in capital inflows, and the accompanying credit/ real estate booms.

Fiscal dominance has been a perennial problem in Pakistan, as evinced by the strong co-movement of inflation and State Bank credit to the government over the past 15 years (only Egypt is worse in this regard).

Two things can help fix it: a rise in the tax-to-GDP ratio so that there is a buffer in public finances; and greater de jure and de facto independence for the State Bank (progression on this has been quite uneven).

Capital inflow booms have been rarer but equally impactful, eg the mid-2000s real estate boom financed by Gulf money, which ended badly for the economy. With the government trying to lure investments from China and the Gulf, care would have to be taken to ensure the resource inflow expands the productive capacity of the economy and does not just fuel prices.

The second is factors that affect import prices. As a heavily oil-reliant importer, and with no real foreign exchange or fiscal buffers to limit pass-through to domestic prices, a part of Pakistani inflation is simply determined by global oil price movements.

At one level, a government neither deserves credit for lower inflation when oil prices fall (as they did from 2014-16) nor the blame for higher inflation when they rise (as they sporadically did in 2017-18). However, to be constantly at the mercy of a known exogenous quantity is not pardonable:

Pakistan must make a concerted effort to diversify its energy reliance away from oil and towards hydro, solar, nuclear, clean coal.

Currency depreciation affects inflation similarly, except that they raise the domestic price of all imported goods, not just oil.

Depreciations are needed to fix balance-of-payments problems which can arise due to unsustainable spending booms (as in the aftermath of the mid-2000s, as well as 2014-17); adverse terms of trade shocks (like oil price rises); or weakening global demand for Pakistani goods and services (as occurred during the 2008 global financial crisis).

Governments cannot do much to avoid depreciation when they are needed, but they can make them less dramatic by allowing a more flexible exchange rate regime.

The third is the domestic supply shocks. Floods, droughts, crop pests can all raise the price of domestic goods, and often goods that are essential to the poor. While governments cannot wish these shocks away, can and must invest in resilience mechanisms, as these are likely to benefit the poor most.

In sum, inflation is a multi-source problem. It has been high, but manageable, in Pakistan. But because it affects the poor disproportionately, the government must continue to take structural measures to keep it low and to compensate the poor via lifeline tariffs and cash transfers for any temporary surges.

The writer teaches economics at SOAS University of and is a senior research fellow at Bloomsbury Pakistan.

Top#10 Essays Worth Your Time 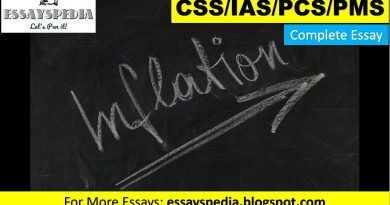 The Menace of Inflation | Complete Essay with Outline