They say that in antediluvian times now lost to history, there was once a foolish ruler who dreamed of building a high garden in honor of the white sacred tree over the primordial sands. Now, dead silence fills the kingdom built on sand, but the obsessions of the past remain.

Sometime in the ancient past, the mountains rose higher than the skies, and the earth was larger than heaven’s dome. But one day, the mirror shattered, and the oceans arose. In these legends, this caused the court of the primeval sakura to become sundered from the other islands.

This court is ever a silent scene of falling red leaves. Perhaps lost causes and unforgettable loves may follow the veins of the earth and coalesce into the fruits of the court’s white tree.

This tengu annex dwelling that floats upon the sea like a lonesome boat once played host to the somewhat famous “Yougou Three,” and this would later become the cage in which they, having despaired, spent the rest of their days.

This magnificent mansion was built by an ancient ascetic warrior in the depths of the earth using scenery borrowed from the outside world. In latter days, a deeply disheartened eccentric would be discovered within.

This estate once belonged to a lieutenant of Orobashi no Mikoto, until he, the body of his god, and the sky alike were rent open by a flash of lightning. 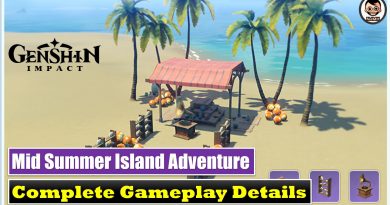 Midsummer Island Adventure (Genshin Impact) – Everything You Need to Know! 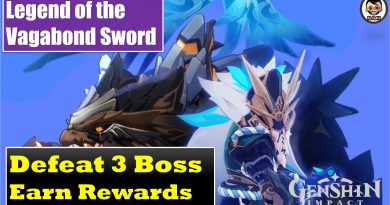 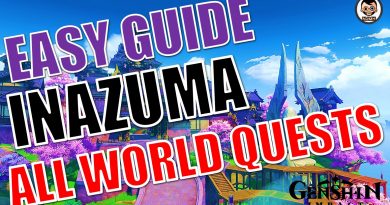