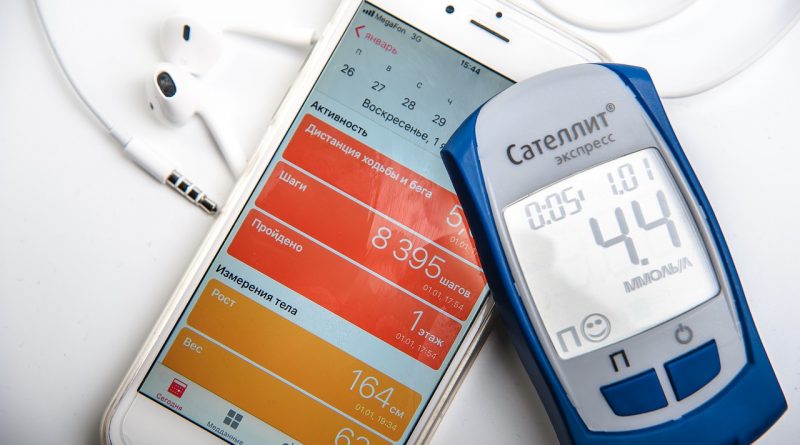 Sensors Used by a Smartphone

To count steps, a smartphone, directly or indirectly, depends on a number of sensors present in it. These sensors include GPS, Accelerometer, Altimeter, Gyroscopes, Compass, Geo Location.

These sensors are used to detect changes in the device’s spatial orientation and change of rate of speed in any direction you take while walking and running.

A step tracker is also a piece of software that produces and filter out the tell-tale signature of what constitutes ‘a step’. So it counts ‘bounces’ of the phone.

The more advanced the smartphones are getting, the more is the accuracy of measuring or counting.

Starting with the GPS, your phone has a GPS receiver and can track distance. But that just tells you how far (with some margin of error).

Smartphones work without GPS also, So we can assume that it does not need GPS for step counting. But if the application has other features like showing the map of the track you followed while jogging, then GPS will be required.

An accelerometer measures acceleration. So ever time your phone moves, it accelerates and stops (which is deacceleration or negative acceleration). The software or app in your phone uses this data which is analyzed by your phone’s Operating System (OS). The OS notices the rhythmic patterns and figures they’re steps.

An accelerometer will provide three values x-axis value, y-axis value and z-axis value. As the person starts taking the first step, x-axis value will increase at a rate depending upon the force at which the person starts to move, y-axis which will tell the relative change in the height of the device along with the force will show an increase in value as while taking the step person will rise from the ground and then it will decrease till the step touches the ground.

The accelerometer detects movement, especially impacts like your foot hitting the ground, which is conducted through your body into the phone. If it detects a series of impacts of the right force and time apart to be steps, it can count them.

It can, then, figure out how far your steps take you with the GPS.

It tracks your GEO location and checks previous value and current value, then picks “miles” value. For example, you can do 1000 steps per mile, so if you pass 0.2 mile – you did 200 steps.

The Problem in Counting Steps by a Phone

The problem is that it’s not so obvious what kind of phone motion constitutes a step. Can you fake a step by shaking the device? Sometimes you can.

Is the signal that counts as a step the same if you wear the device in your coat pocket or if you carry it in the back pocket of your trousers? Probably not.

A step counter that is 90% accurate is considered a good step counter; in other words, they are basically useless, unless you use a dedicated device, strapped to your body in a well-defined way.

There are a number of Apps available. In Samsung Galaxy Smartphone, the Samsung Health (S-Health) has this feature built in. Yet, there are the important Apps that count steps.