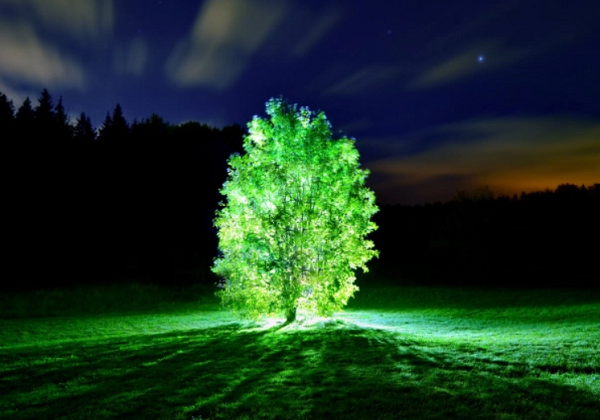 Towards a better, environment-friendly and renewable future, scientists are constantly making efforts. Roads of the future could be lit by glowing plants or trees instead of streetlamps, thanks to a breakthrough in creating bioluminescent plants. Researchers at Massachusetts Institute of Technology (MIT) US have created plants that can glow in the dark, by embedding specialized nanoparticles into their leaves, without any power source. It is, as per researchers, paving the way for trees to replace streetlights.

The researchers said that this technology could also be used to provide low- intensity indoor lighting as well.

How Are Glowing Plants Created?

Scientists injected plants like Arugula, Kale, and Spinach with the same enzyme – luciferin – the enzyme that gives fireflies their glow. Luciferase acts on a molecule called luciferin, causing it to emit light. While the early prototypes lasted only a few hours, the researchers are confident that the substrate composition can be tweaked over time to allow plants remain lit throughout their entire lifetime.

The researchers combined the three components to create a different type of nanoparticle carrier. The nanoparticles help each component get to the right part of the plant. They also prevent the components from reaching concentrations that could be toxic to the plants. The result was a watercress plant that functioned like a lamp. 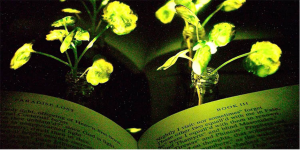 The researcher’s early efforts yielded plants that could glow for about 45 minutes, which they have since improved to 3.5 hours. The light generated by one 10-centimeter watercress seedling is currently about one-thousandth of the amount needed to read by. However, the researchers believe they can boost the light emitted, as well as the duration of light, by further optimizing the concentration and release rates of the components.

One thought on “Glowing Plants With Firefly Enzyme: The Future of Streetlights”