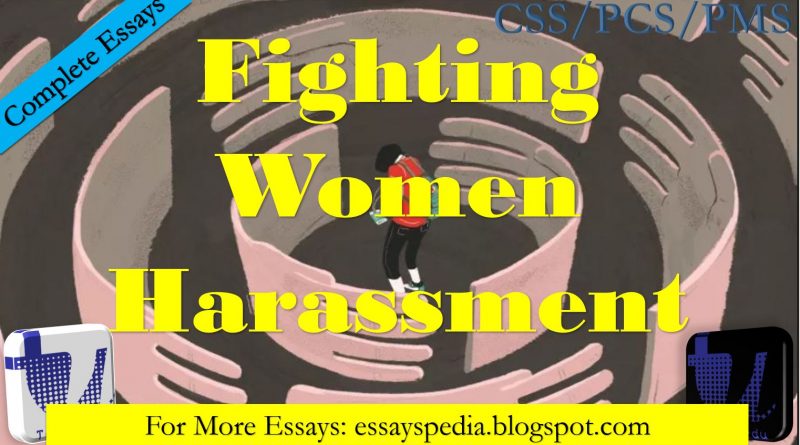 The theme of Tehreek-i-Niswan’s fourth Peace Table held a fortnight ago was sexual harassment. This was very timely. #MeToo has made a controversial debut in the country with no consensus on the issue. As a television actor aptly said, “Women in our society remain united when it comes to keeping their mouth shut, and are divided when they speak up.”

The country now has a law in place, Protection of Women against Harassment at the Workplace. Yet women are hesitant to step forward and speak of their personal experiences.

Our patriarchal culture, a flawed law and a weak machinery for implementation put women on the defensive. While some respond meekly, others give vent to their anger (usually on social media) to lash out at their oppressors.

The situation is now sensitive. We have had women of courage who refused to be silenced like Mukhtaran Mai (uneducated and underprivileged) and Navin Haider, a university professor. But these are exceptions, for one doesn’t hear of many women coming forward to resort to the legal processes provided. That is because it is easy to allege harassment but difficult to prove it in our circumstances. In such a case, the fallout can be serious for the woman trying to change the status quo.

So what we have is a lot of noise that helps highlight harassment issues and create awareness — hopefully in men as well. This is good in a way, for until now, we generally brushed the problem under the carpet. But it carries the risk of a backlash that affects individuals, as is already happening.

It is also important that some concrete measures be taken to improve the situation. First is the need to strengthen the law to make it effective. Abira Ashfaq, a lawyer-activist who has studied the anti-harassment law, points to some areas that need to be addressed. One is the definition itself.

Instead of terming behavior with sexual connotations as unwelcome (which makes it ambiguous) the focus should be on consent. Its scope also needs to be widened, she says, to cover agricultural, home-based, informal labor and freelance workers.

Sexual harassment outside the ambit of the workplace — that is in public places — is dealt with by the criminal process (Section 509 of the Pakistan Penal Code). Here systemic biases weaken the women’s case.

Under the present arrangement, there is no input from the judicial process, which is normally an important source of development, interpretation and evolution of the law. Inquiry committees do not exist in every organization and are created on an ad hoc basis when needed, without any training and sensitization of their members.

These shortcomings pointed out and identified by legal experts, should be addressed if #MeToo is to empower women in Pakistan. The Peace Table’s charter of demands also called for amendments in the law. It would accelerate the process if one of the women’s organizations were to get some lawyers to draft a stronger law and then lobby with parliament to adopt it.

Meanwhile, there are other measures that can be adopted. These are especially important for academia where young vulnerable women are present in large numbers. The relatively better gender balance in universities and colleges strengthens the women’s hand. Every educational institution which has men and women on its rolls must have permanent inquiry committees with gender parity in their membership.

Another suggestion is that educational institutions should have gender counselors well versed in the legal and social aspects of harassment — both women and men — with whom students can talk in confidence. A gender code drawn up by every institution and prominently displayed for the information and education of all people concerned would also help.

I would like to point to another issue that is most disturbing. It is the impunity with which harassers are allowed to roam about receiving social acceptance. In the Karachi University case, the visiting professor was held guilty of sexual harassment and banned from the campus precincts. Yet he is welcomed at events, thus giving social sanction to his ‘unwelcome’ behavior.

What is worrying is the ambivalent attitude of men (even those who are decent, women-respecting and non-misogynistic) towards their compatriots who are contemptuous of the female members of society. One speaker at the Peace Table termed it a ‘bro code’. Is it that we are still in the early stages of the evolution of gender relations?

The matter needs to be taken seriously. In one private university, the issue of harassment has created such hype that many students, especially young girls, are upset and confused. As often happens in such cases, rumors have taken over, and irresponsible behavior on the part of some individuals — both men and women — have made matters worse.

Human Development – The Status of Pakistan | Complete Essay with Outline