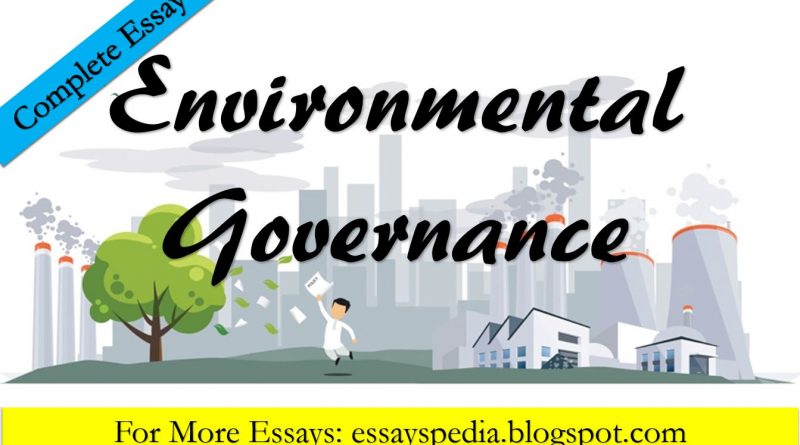 At the 37th session of the Human Rights Council, held in Geneva on March 6, 2018, the United Nations Environ­mental Program (UN Environment) launched the “Environmental Rights Initiative” to underscore the primacy of the environment for a sustainable future.

The initiative aims at recognizing citizens’ environmental rights as part of what constitutes ‘human rights’. And it aims at improving environmental governance around the world in view of reports that a significant number of states are failing to recognize their environmental responsibility.

These ideas resonate with environmentalists in Pakistan, whose anxieties about environmental destruction and devastation are slowly playing out in reality.

The increasing number of heat islands during heatwaves in Karachi, the scorching heat in Peshawar after the felling of trees for transportation projects or even the clouds of smog in Lahore’s winters are all part of the same chain — catastrophes being brought about as a result of man trying to control and abuse the environment.

For long, environmentalists in Pakistan have touted the case of having a considered policy regarding environmental governance — often to no avail.

It is worthwhile, therefore, to analyze the status of environmental governance in Pakistan, both in the pre- and post-18th Constitutional Amendment scenario. How sensitive have our federal and provincial governments been in implementing environmental safeguards suggested by international protocols, agreements, and conventions?

Is Pakistan serious about sustainable development, the fight against climate change, pollution reduction, disaster management, waste management, water, and sanitation, among other issues?

Section 1 (2) of the PEPA 1997 says “it shall extend to the whole of Pakistan.” But after the 18th Amendment, when environmental protection was devolved to the provinces, each province enacted their respective legal instruments. This subsection still remains in force as PEPA has neither been amended nor repealed to this effect.

Sub-section (4) makes it mandatory on the government to hold at least two meetings per year; however, this apex environmental body has met only twice since its establishment in 1984.

Meanwhile, subsequent to the 18th amendment (2010), the provinces enacted their respective provincial Environmental Protection Acts; Punjab and Balochistan in 2012, Sindh and Khyber Pakhtunkhwa in 2014, and Gilgit-Baltistan in 2015.

All these acts provide for establishment of a provincial Environmental Protection Council (EPC) to be chaired by the respective chief minister and mandated to hold at least two meetings in a year, with the exception of Khyber Pakhtunkhwa and Gilgit-Baltistan, where the respective acts require holding of at least one meeting and up to four in a year, respectively.

Punjab was the first province to establish its EPC in 2013; this was reconstituted in 2017. Only one meeting has been held to review the grave situation arising out of the dense smog in and around Lahore.

Meanwhile, Khyber Pakhtunkhwa established its first EPC in 2017 but not a single meeting has been convened to date. The rest of the provinces have not even constituted their respective EPCs yet, let alone making policies and setting up provincial environmental quality standards.

With the merger of Khyber Pakhtunkhwa and the Federally Administered Tribal Areas likely to take effect in the near future, the territorial jurisdiction of the PEPA-1997 will be restricted just to the territorial limits of Islamabad. It is for this reason that PEPA needs immediate amendment.

Issues with the law, however, are just the tip of the iceberg. Is there any useful policy to speak of? The answer is in the negative.

The renaming of the federal Ministry of Environment, for example, to the Ministry of Climate Change is a cruel joke with the nation as climate change is just one of the environmental challenges that Pakistan is faced with.

There are many associated issues, such as pollution, deforestation, land use change, unregulated urban sprawl, safeguarding of biodiversity, protection of wetlands and national parks, coastal and marine environment, water and sanitation etc.

By renaming the erstwhile Ministry of Environment to the Ministry of Climate Change, the federal government seems to have absolved itself of all other environmental responsibilities besides “climate change.” This negates the principles of good governance.

Additionally, on behalf of the state, all international treaties, conventions, and protocols are still signed by the Ministry of Climate Change even if they relate to other environmental challenges.

In the post-18th amendment scenario, the environmental protection acts in Khyber Pakhtunkhwa and Balochistan have provided for the Strategic Environmental Assessment (SEA) of all policies, plans, and programmes that may result in negative environmental or social consequences.

Now, these can only be undertaken after a mandatory SEA has been carried out. Ironically, neither the PEPA-1997 nor the Punjab and Sindh provincial Acts have any provision for SEA.

Obviously, this variance has to be removed to avoid complication and inconsistencies in environmental governance in Pakistan and its provinces.

In a recent study conducted by the Yale Centre for Environmental Law and Policy, titled 2018 Environmental Performance Index, Pakistan scored 37.5 on a scale of 100, thereby placing 169th among 180 countries of the world and 23rd among 26 Asian countries.

On the legal front, the first major case decided by a three-member bench of the Supreme Court of Pakistan in 1994 was Shehla Zia and others versus the Water and Power Development Authority. The bench comprised then Chief Justice Nasim Hasan Shah, Justice Saleem Akhtar and Justice Manzoor Hussain Sial.

The petitioners had challenged the construction of a nearby electricity grid station on the basis that there were potential health risks and hazards involved that could be detrimental to citizens’ lives.

The Supreme Court adjudicated in favor of them and held that the right to a clean and healthy environment was included in the fundamental rights to life and dignity.

In another case, in 2003, suo motu notice was taken on environmental pollution by then Chief Justice Sheikh Riaz Ahmad.

He held that atmospheric pollution was the “mother of most diseases” and ordered the secretaries of the Interior Division, Environment, chief secretaries of the four provinces, provincial transport secretaries and traffic police chiefs to submit an exhaustive report with a plausible action plan to monitor the system.

Similarly, in 2005, then Chief Justice Iftikhar Mohammad Chaudhry took suo motu notice on the construction of Islamabad Chalets Housing Scheme in the wake of the massive destruction caused by the October 8, 2005, earthquake. The notice was taken on a report that said: “development and construction in disregard of environmental concerns could wreak havoc and cause immense loss of life and property”.

But saving the environment needs more than a case or two being decided in the courts. It needs proactive environment-friendly legislation, to begin with but at the very least, also to implement the (very defective) laws that exist.

Pakistan’s problem has always been one of short-termism, which has meant that by assigning lowest priority to emergent environmental challenges faced by the global community at large, our federal and provincial governments have shown gross negligence and incompetence.

It is high time for political parties to take up these issues as the top priority, with doable action plans to be incorporated in their election manifestos for a clean, green and prosperous Pakistan.

The writer is a former chairman of the Department of Environmental Sciences, University of Peshawar. He specializes in climate change, environmental, water resources and natural disasters.

The essays included here are from numerous sources or authors (sources mentioned in each essay). The most important question is ‘how to write an essay?’ The answer varies from person to person. Yet, the main purpose of Essaypspedia is to give you an idea of the essays. It is now up to you, being an aspirant of the competitive examinations, to edit/update/improve/add in it.
You can also submit your essays at tulaib_javid@yahoo.com
=-=-=-=-=-=-=-=-=-=-=-=-

Human Development – The Status of Pakistan | Complete Essay with Outline