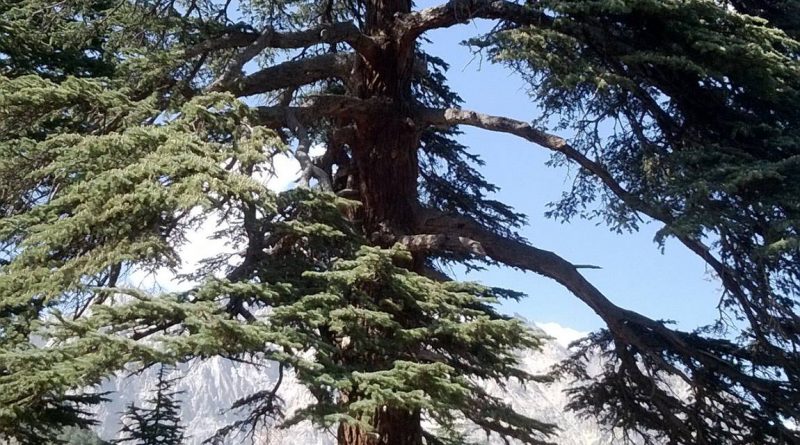 Experts used to think nearly all nitrogen in soil came directly from the atmosphere, sequestered by microbes or dissolved in rain. But it turns out scientists have been overlooking another major source of this element, which is crucial to plant growth: up to a quarter of the nitrogen in soil and plants seeps out of bedrock, according to a study published in April in Science. 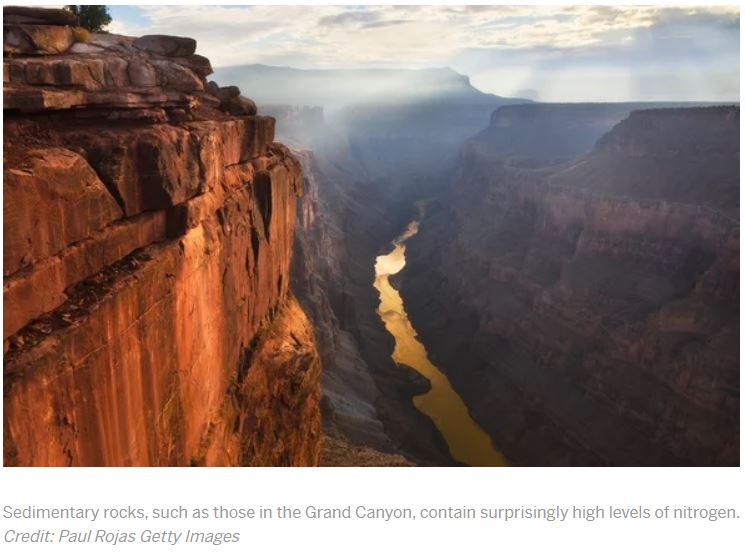 Apart from a few scattered studies, “the [research] community never thought to look at the rocks,” says lead study author Benjamin Z. Houlton, a global ecologist at the University of California, Davis. This discovery has implications beyond understanding the planet’s nitrogen cycle; it could also alter climate models. It suggests plants in certain areas may be able to grow faster and larger than previously thought and could thus absorb more carbon dioxide, Houlton says.

As global temperatures rise, calculating how much heat-trapping carbon dioxide plants soak up is becoming increasingly important. The exact amount remains uncertain, but Houlton notes that plants could provide “a little bit more of a cushion … to store our carbon pollution.”

As global temperatures rise, calculating how much heat-trapping carbon dioxide plants soak up is becoming increasingly important. The exact amount remains uncertain, but Houlton notes that plants could provide “a little bit more of a cushion … to store our carbon pollution.”

Previous research had examined the balance between how much nitrogen in sediments makes it to the mantle (the layer below the earth’s crust) and how much volcanoes release into the atmosphere (which is 78 percent nitrogen). Beginning in the 1970s, a few studies showed that several types of sedimentary rock contain nitrogen from long-dead plants, algae and animals deposited on the ancient seafloor. A handful of papers suggested the element might leach into soil in certain places. But scientists did not follow up on these findings, and the amount of nitrogen released as rocks weather was thought to be insignificant. “It wasn’t entering into the paradigm of how we think the nitrogen cycle works,” Houlton says.

He and his colleagues published a study in 2011 in Nature finding that forest soils above sedimentary rock in parts of California contain 50 percent more nitrogen than in areas overlying igneous (volcanic) rock. They also found 42 percent more nitrogen in trees growing over sedimentary bedrock. Although the research suggested the element was making its way from rocks into soil and plants in a few specific areas, it did not show this to be a significant phenomenon worldwide.

In their new study, Houlton and his colleagues used California as a model geologic system because the state contains most of the planet’s rock types. They measured nitrogen levels in nearly 1,000 Californian samples and in others from around the globe. They then developed a computer model to calculate how quickly the earth’s rocks break down and release nitrogen into the soil.

Nitrogen liberated by weathering processes eventually makes its way to the ocean, where it is deposited in rocks as they form on the seafloor. Tectonic plate movement lifts up the rocks; they degrade and release their nitrogen, which gets absorbed by plants and animals and trapped in rocks again—perpetuating the cycle. Weathering can involve both physical breakdown—which is accelerated when rocks are thrust upward and exposed to the elements as mountain ranges—and chemical dissolution, such as when acidic rainwater reacts with compounds in rocks.

William Schlesinger, a biogeochemist at the Cary Institute of Ecosystem Studies in Millbrook, N.Y., who was not involved in the study, says he once measured substantial nitrogen levels in rocks but did not “put two and two together.” He had assumed this was not a widespread or important source of the soil nutrient. But Schlesinger cautions against overinterpreting the significance of the new findings, noting that the amount of nitrogen entering soils via synthetic fertilizers dwarfs that from rocks. He thinks the discovery should be incorporated into global models for nitrogen and carbon but adds, “I don’t think it’s going to rewrite our understanding of climate change.”

Nevertheless, the findings explain puzzlingly high nitrogen levels in some soils. “Our study helps to resolve that gap between what the observations were saying and what the models were predicting,” Houlton says. These results are especially important in considering massive, nitrogen-rich forests in Canada and Russia, many of which overlie sedimentary formations.

Houlton says that the new study used rather conservative measurements of nitrogen in rocks and that the actual quantity is probably higher than his team calculated. “certainly humans and our activities have dramatically increased the amount of erosion,” which would boost nitrogen release through weathering, he says—and “we haven’t considered that in our study.”