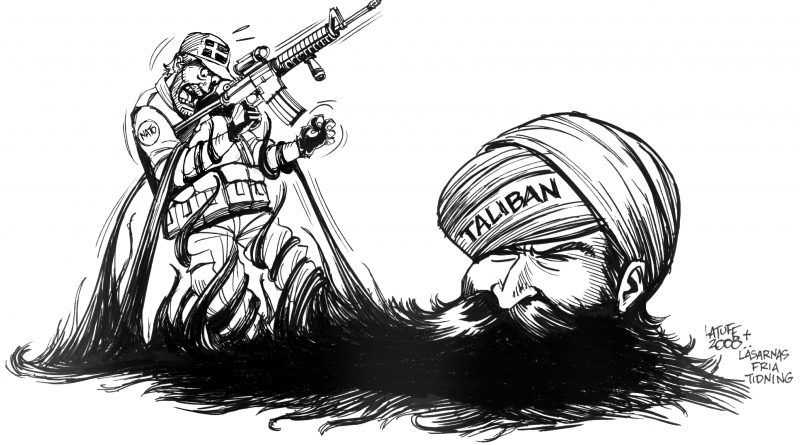 FAZLULLAH, the elusive Tehreek-i-Taliban Pakistan head who had been hiding in Afghanistan for nearly as long as a decade (some reports claim that he had moved there shortly after the Swat operation in 2009), was killed at the start of the long Eid weekend.

The news was greeted with much joy and cheer, an outpouring which has become routine at the news of the death of any militant leader. From the death of Baitullah Mehsud (who too was taken out by a drone) to Fazlullah at present, Pakistan has appeared united in rejoicing at the death of any TTP leader.

However, attacks which take out organizations’ leaders do not necessarily signify a great leap forward. Expert opinion is divided on how effective the removal of a leader is in the long term. Many feel that militant organizations do not lose their ability to carry out violent attacks with the loss of a leader, as the vacuum is quickly filled by other — sometimes more effective — leaders, such as Baitullah Mehsud who followed Nek Mohammad after a brief internal leadership struggle. Baitullah was the one who organized disparate fighters into the entity called Tehreek-i-Taliban Pakistan.

At times, the quick replacement of leaders can lead to younger and more ruthless individuals taking over. Hakeemullah Mehsud was one such example. Not only was he seen to be more violent, he was also credited with focusing TTP attacks on Pakistan. For example, it was during Hakeemullah’s period that attacks on political parties increased to the extent that parties such as the ANP and PPP were barely able to campaign during the 2013 election. A report by the Pak Institute for Peace Studies for the first six months of 2013 noted that the ANP was targeted 37 times while the PPP and MQM 12 times each.

In addition, he also deepened the TTP’s links to sectarian organizations. His obituary in a Western paper reported that his links with sectarian organizations were partly due to his kinship with Qari Hussain, a Lashkar-i-Jhangvi activist who was known for training suicide bombers. These are just some of the reasons the role or utility of a decapitation strategy continues to be debated.

Indeed, even those who argue in favor of decapitation agree that it works best in tandem with other, overarching strategies. From Nek Mohammad onwards, most heads of the Pakistani Taliban have been killed by drone attacks but each succession led to an intensity of attacks. In fact, with the rise of Baitullah and then Hakeemullah illustrated, the violence against Pakistan only seemed to increase with each new leader.

Another (sometimes) unintended impact of a decapitation strategy is the factionalization and splintering of the parent organization as successive leaders tend to lack the authority or charisma of their predecessors. This has been a permanent feature of the TTP since the death of Baitullah.

Hakeemullah was only able to take over the TTP after his chief rival, Waliur Rehman, was given control of South Waziristan, the main bastion of the militants.

This factionalism worsened after the deaths of these two. By 2014, there were multiple reports of breakaway factions as none of the leaders enjoyed the clout of Baitullah and the kind of influence he wielded. A prominent faction was Jamaatul Ahrar, led by Omar Khorasani, which broke away from Fazlullah in the same year; it claimed to have carried out some of the ugliest attacks in the country such as the one in a park in Lahore in 2016. Splintering in itself can lead to more violence as many militant organizations show.

In other words, the death of a leader, however, high profile, can prove to be a moment of celebration but it is not a sure-fire sign of victory. It is and should be seen as nothing more than a small battle in a long war.

What eventually weakened the TTP was sustained and organized military-led operations in Swat and Fata. The 2009 operation in Swat and the consistent series of operations in Fata — carried out under generals Ashfaq Kayani, Raheel Sharif and now Qamar Bajwa — dismantled the infrastructure of the militants and denied them space. In addition, the more or less invisible intelligence-based operations in urban areas have broken the militants’ back.

No wonder then, the highest number of attacks in Pakistan were recorded around 2009-2010. Since then, the number has witnessed a steady decline, due to the sustained operations and not the removal of leaders only.

Nacta in a report at the beginning of this year said that terrorist-related incidents dropped 58 percent from 2,060 in 2010 to 681 attacks in 2017. It also reported that more than 200,000 combing operations were carried out throughout the country. Indeed, Fazlullah may be remembered today as the mastermind of the particularly despicable attack on children at the Army Public School, Peshawar, and on the Bacha Khan University. But where the total number of attacks under him is concerned, the figure did not match the number of attacks carried out by his predecessors.

The real war is won through the consistent dismantling of the network, their sanctuaries, their training grounds and recruitment centers, and their financial systems. All of this, however, is a piecemeal effort and doesn’t make for sensational headlines as does the death of a notorious individual.

Who wants to read small and vague news items about raids which led to perhaps the arrest of a few unknown people or some undisclosed amount of intelligence instead of celebratory headlines about the death of Baitullah or Osama bin Laden? The former is hard to understand and sell to the public, while the latter is comprehensible good news which tends to become an end in itself. But these targeted deaths wouldn’t achieve anything if they happen in a vacuum. There is no reason to not rejoice at the death of Fazlullah but it is far more important to remember why he had been forced to hide in Afghanistan for so long.