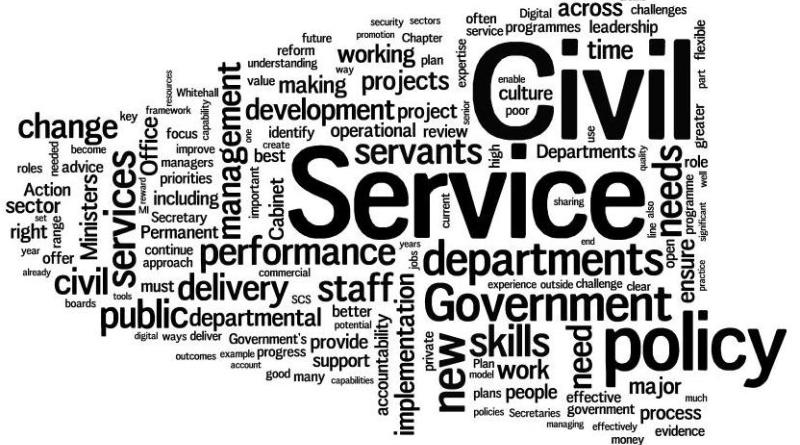 Education & Learning
July 1, 2018July 2, 2018 Naeem Javid 1 Comment A glance at 2017 CSS Exam Result, and The Politicians, Bureaucracy Vs The Judiciary, Central Superior Services, CSS - The Decline - Tech Urdu, Introduction to CSS and Bureaucracy, Pillars of a State and The Bureaucracy, The Bureaucracy and its due place, The Media
Spread the love

The Central Superior Services (denoted as CSS) is a permanent elite bureaucratic authority and the civil service that is responsible for running the civilian bureaucratic operations and government secretariats and directorates of the Cabinet of Pakistan.

The civil service defined itself as “key wheels on which the entire engine of the state has to move.

The bureaucracy consists of 12 directorates that provide vital office and secretariat related duties to the Government of Pakistan. The provincial bureaucracies are headed by the respective Chief Secretaries of Khyber Pakhtunkhwa, Sindh, Punjab, and Balochistan. The highest attainable rank for an officer who serves in the country’s bureaucracy is BPS-22 grade.

Also Read: Pakistan in The Grey List – The Way Out | Complete Essay (1500 Words)

Just a little over three percent of all candidates were able to pass the Central Superior Services (CSS) examinations of 2017, while the top three positions were clinched by male candidates. According to results declared by the Federal Public Service Commission (FPSC), only 3.3pc students could secure the minimum passing marks.

Statistics show a total of 9,391 candidates appeared in the written examination of the year 2017; out of them, only 312 managed to pass. After viva voce 310 candidates, including 199 males and 111 females, finally qualified.

While in 2017, out of 9,643 applicants only 202 passed the Central Superior Services exam this year has led to headlines like ‘The Decline of CSS’. The 2017 result is a slight improvement over that of the previous year.

While the reasons for this decline are many, this year’s result does not stem from them. The actual reason is the change in the system of examination introduced by the Federal Public Service Commission (FPSC).

In 2016, the FPSC, on the basis of a number of studies, changed the rules of the exam. It had been following trends where engineers would opt for high-scoring maths and score solid marks, which was not possible for even brilliant students of other, less-scoring subjects. This specialized subject approach was adopted in other areas also, putting the majority of students at an unfair disadvantage.

Since the concept of the CSS exam is based on looking for generalists with a proven level of intellect, the FPSC has come up with six different groups of subjects, including economics and accounting, pure sciences/maths, business/public administration, history, environment/earth sciences and law. It has made it obligatory for applicants to choose practically one subject from each group to ensure a level playing field.

In the good old days of our vintage, there were no multiple choice questions and taking an exam was an art unto itself. Students of English literature and those who had better writing skills had a distinct advantage. Then some decades later, we saw a preponderance of engineers and doctors as entrants. So until the FPSC finds some other aberration, the new rules are meant to fix that flaw.

Any new system takes time to be mastered. Since failing even one subject eliminates a candidate’s chances altogether, the pass percentage has nosedived, as the majority have struggled with elective subjects they have little expertise in.

Some more context is required. Constitutionally, there are three pillars of the state — the executive, judiciary, and parliament. Over the years, three more pillars have cropped up — the military, the media, and the mullah. Each defends its turf jealously. Take the military and the judiciary. There is only internal accountability. The media and the public are generally careful when it comes to criticising them. Beyond a certain point, the institutions step in to defend their respective members.

Similarly, criticism of or allegations against a parliamentarian is refuted promptly through the media to which he/she has ready access. He/she may also use the floor of the house to use the choicest invective for his/her critic. And, you criticise the mullah at your own physical peril.

Meanwhile, criticise a media person and he/she will ensure that all your blunders, imaginary or real, are brought to everyone’s attention and that you are forced to go into full-time media management to save your honor. If that option is not available, his/her union, channel or colleagues come to the rescue.

See Also: What Has Gone Wrong with The System of Education in Pakistan? | Free Essay (1400 Words)

It is only the bureaucrats who are not defended by anyone, not even by their own colleagues. Going to the media is against the rules and ‘arranging’ a bureaucrat’s defense through the media is difficult as civil servants don’t have informal access. Officer associations are tame, due to years of servile training; they protest through the ‘proper channels’ only.

Bureaucracy-bashing continues to be the favorite pastime of the judiciary, the media, and the politicians. Bureaucrats are used as examples of unbridled power, inefficiency, and corruption, traits which are not exclusive to them.

When earnest young men and women entering the CSS see posts being given on political recommendations rather than on merit, when they understand that loyalty to the politician in power earns a bureaucrat choice assignments, when the corrupt in their ranks prosper, all idealism goes out of the window.

Those who refrain from falling in line or get themselves posted to some affiliate organization, away from the mainstream, or just learn to pass time, becoming negative and obstructionist in the process.

When the bureaucracy is not given due respect by the powers that be and the pillars of the state, the public follows suit and you have a system where everyone takes it for granted. Resultantly, it cannot enforce its writ.

Can you even imagine a Pakistani army chief waiting for hours outside the prime minister’s office to take orders or get the approval of the postings of his corps commanders, or to protest against the posting of a brigadier behind his back? Well, this is what happens all the time when it comes to bureaucrats including senior ones. And civil servants are still expected to be decisive and efficient, and to deliver.

Check Out These Top 5 Essays

One thought on “CSS – The Decline of Bureaucrats”