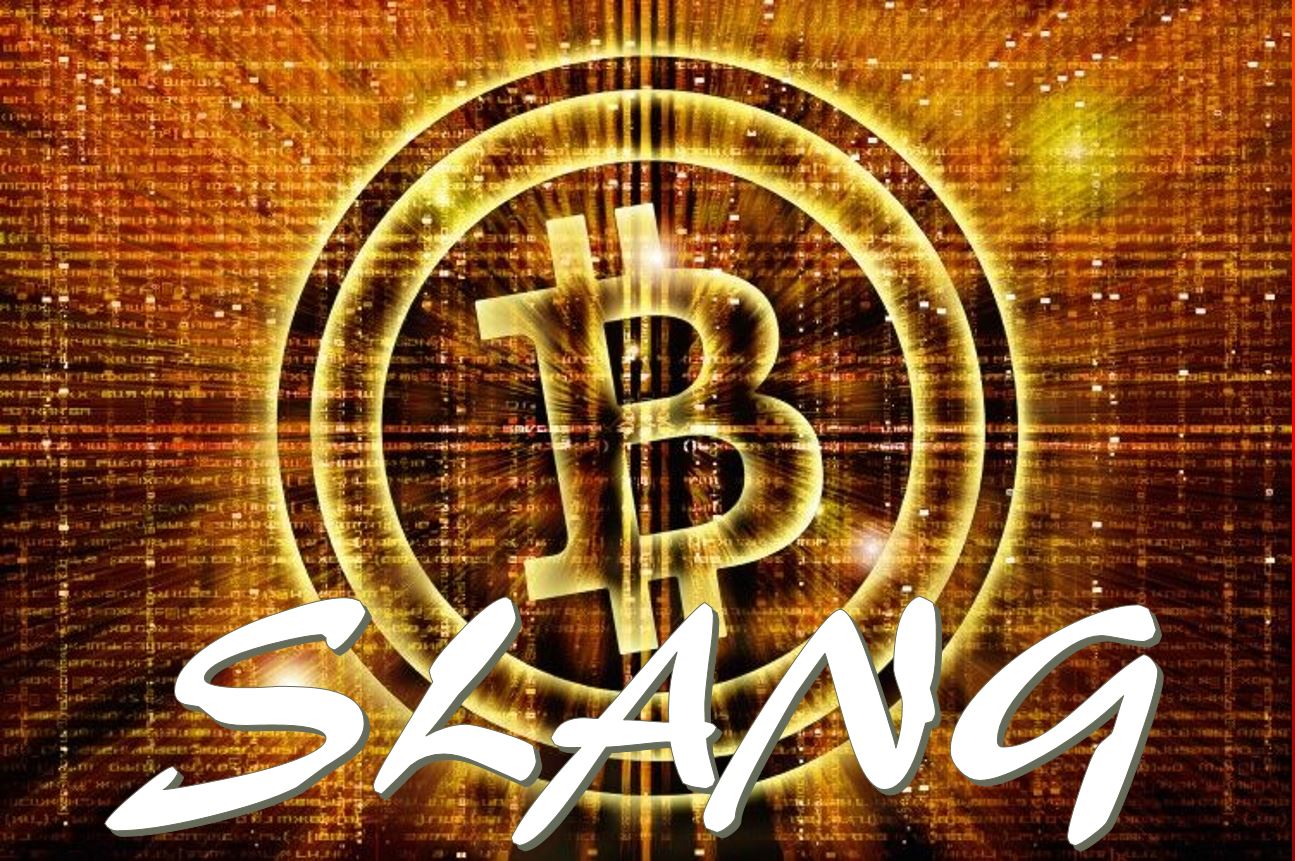 Here’s The Full Guide to Cryptocurrency Slang, So You Can Sound Like an Expert

Over the last few months, the world of cryptocurrency has heated up significantly: The volatile price of bitcoin, ethereum, and other digital tokens has created and wiped out millionaires and billionaires from all over the world.

Still, even for seasoned investors, there’s a lot of slang you have to know if you want to sound like an expert. There’s a lot of jargon and some acronyms that are very particular to cryptocurrency enthusiasts and their communities.

We’ve scrounged together all the cryptocurrency slang we could find into digestible explanations, with the help of Urban Dictionary and other sources, so that the next time you see or hear someone say “DYOR and hodl lest you get rekt,” you might actually know what they’re talking about. Or at least, you won’t come off like such a nocoiner.

HODL, sometimes spelled out hodl or Hodl, started as a joke at a bitcoin fan’s expense.

In December 2013, a member of the official bitcoin message board made an apparently inebriated post with a typo in the subject line: “I AM HODLING.” He was trying to say that he’s “holding,” as in, hanging on to his coins for the long term, regardless of any short-term price changes.

The post became a meme, as bitcoin fans retroactively made it so HODL stands for “hold on for dear life.” The term is used to discourage selling when bitcoin prices fall, and to ride it out until they return to growth.. It’s viewed as a faux pas in the cryptocurrency community to sell instead of holding on for dear life.

“To the Moon” is an exclamation used when cryptocurrency prices are rising off the charts. By the same token, when a coin’s price is “mooning,” that means that the price has hit a peak. You might ask the grammatically-incorrect question “when moon?” if you wanted to know the opportune time to sell your cryptocurrency before prices go back down.

See Also: A Beginner’s Guide to Understanding the Cryptocurrency 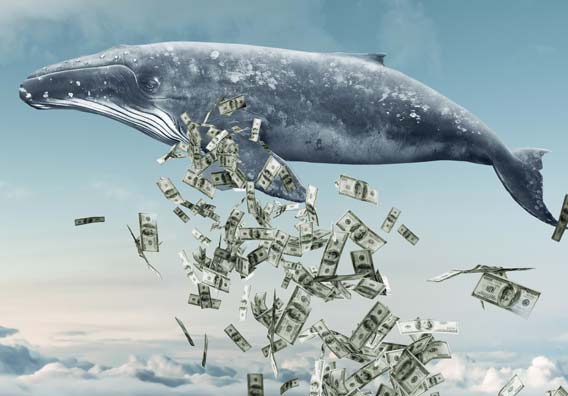 The term ‘whale’ refers to an investor with deep pockets who can move the market by buying or selling in large volumes. There are only 1,000 true #Bitcoin #whales. The movements of a #crypto #whale can provide important price alert signals to investors http://ow.ly/GdaO30jCvVO

A whale, or a crypto whale, refers to a top player in the crypto market. These people hold a substantial amount of coins, accounting for a small fraction of cryptocurrency users. When a whale buys or sells, their influence is so strong that they may move the market.

Many Bitcoiners are all about making money quickly. “When Lambo” translates to “when will you buy a Lamborghini?” Which is to say, when will you get ridiculously rich off of bitcoin?

Hyperbitcoinization is the word used by some bitcoiners to describe their ideal outcome: When regular currencies are devalued, and replaced by bitcoin and other cryptocurrencies.

According to The Merkle, Obsessive Cryptocurrency Disorder, or OCD, is a condition developed over time by those who own any amount of bitcoin. They become obsessive about watching bitcoin prices rise and fall, all day and night.

“Fear, uncertainty and doubt,” shortened to “FUD,” isn’t a term exclusive to the bitcoin community.

Among bitcoiners, however, FUD is generally used to refer to anything, like negative press coverage or blog posts, that might dissuade people from joining the cause of cryptocurrency.

Otherwise, FUD can mean a number of other things, including the practice of hyping up a cryptocurrency you own to drive its price higher, or sowing discord among owners of another coin so you can drive the price down and buy it cheap. Sometimes, it just means “Facts U Dislike.”

When a bitcoin holder (or HODLer) is mocked for not being rich yet, they’re being bitshamed. The case of bitcoin advocate Andreas Antonopoulos is a great example of this. An avid bitcoin lecturer for years, he revealed in December that he’s actually not a bitcoin millionaire, and sold his coins early to cover rent and bills. He was bitshamed by Roger Ver, known in the bitcoin community as “Bitcoin Jesus,” for his failure to hodl.

A nocoiner is a person without bitcoin – an outsider that scoffs at cryptocurrency and all those who relish in it. While it can be used for anyone who doesn’t hold any cryptocurrency, it’s usually reserved for cynics and sceptics.

A bitcoin maximalist believes that bitcoin, not any other cryptocurrency, will take over the world. They’re all about hyperbitcoinization.

An altcoin, as the name suggests, is an alternative cryptocurrency to bitcoin. Since Bitcoin was the first cryptocurrency, anything that pops up after it is dubbed an altcoin. Most altcoins take their cues from bitcoin, but with subtle technological tweaks. Popular altcoins include ethereum, Ripple’s XRP, and litecoin. 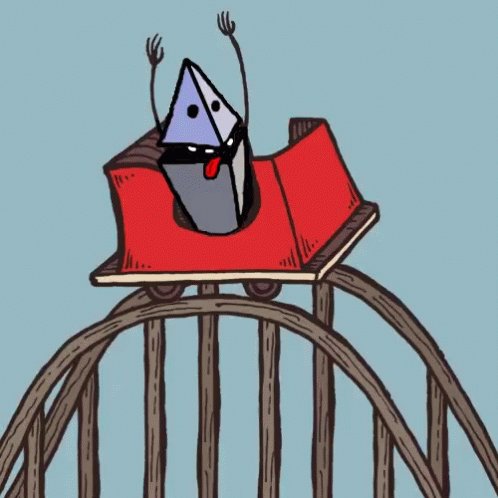 The Flippening describes a future turning point where bitcoin’s reign as the most valuable cryptocurrency market ends, and is replaced by an altcoin like ethereum.

Derived from the word “wrecked,” you might say that a cryptocurrency investor got rekt when they made a bad trade, like selling their bitcoin right before the price skyrockets upwards.

“Do your own research” (DYOR) is a common pearl of wisdom: If you’re told to DYOR, it means you should think for yourself and draw your own conclusions, rather than following the wisdom of the crowd – or lack thereof. Failure to DYOR can get you rekt.

On the stock market, it describes an investor who holds on to their shares in a company for too long and ends up taking a huge loss when the value tanks. In cryptocurrency, it basically means the same thing – if you buy a bunch of altcoins, and wait too long to sell, their value could go to zero, and you’re left holding the bag.

This article was originally published by Business Insider. 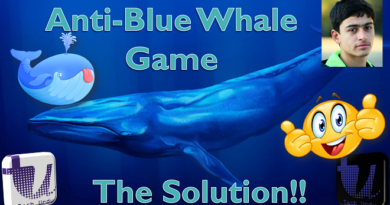 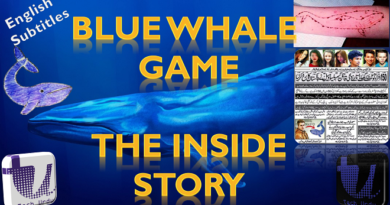 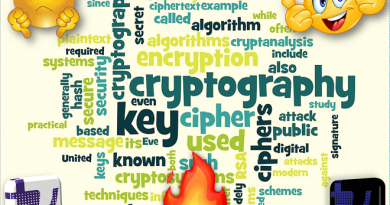 Cryptocurrency: Know Everything – The Journey from Bitcoin till 2020