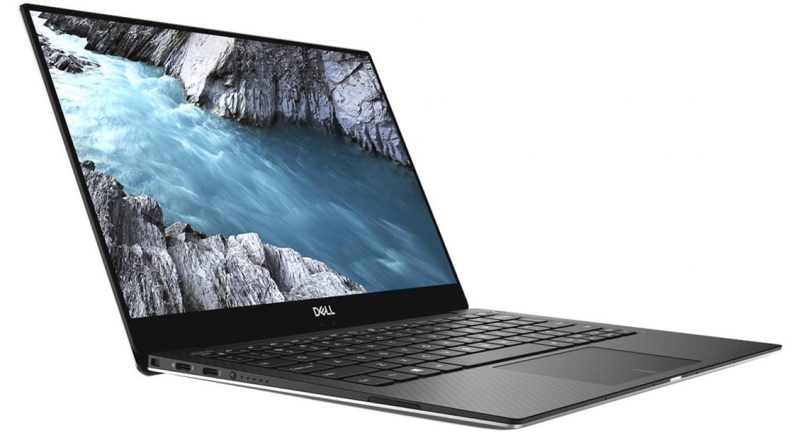 The year 2019 is focusing more on thin bezels and technologies that enhance image quality, like HDR and AMOLED.

Asus ZenBook S13 is the latest in a line of ZenBooks with a singular goal. Make the bezels as thin as possible.

This time around, Asus has outdone itself with a spectacular 97 per cent screen-to-body ratio. The bezels are so small, in fact, that Asus had to use a reverse notch to place the webcam above the display where it belongs. It’s an odd look, but it works, providing an edge to grip when opening the laptop.

Performance is also excellent, with a choice of Whiskey Lake CPUs and GeForce MX150 option that will make the ZenBook S13 one of the thinnest laptops around with discrete graphics.

That thin chassis is robust, being designed to pass -810g military standards for durability.

We also think it looks smart, with a sharp, modern aluminium chassis that feels like quality.

Dell’s XPS 13 is once again among the best laptops at CES 2019. This diminutive machine has long been favourite 13-inch clamshell laptop.

This year, Dell has fixed the XPS 13’s infamous , building a tiny new camera mechanism that let Dell place the webcam above the display.

That’s not all new with this model. The hinge has been engineered for easier one-handed operation, and Dell has introduced a new “Frost” colour that adds a silver splash to the aesthetic options.

Also, the XPS 13 inherits the same maglev keyboard technology as the XPS 15 2-in-1, although Dell has increased key travel to enhance key feel.

The 2019 version of the XPS will be available later in January, starting at $900.

Lenovo introduced a number of updates to its popular ThinkPad and Yoga lines.

Unlike its previous models, it ditches carbon fiber in favor of a stiffer and more luxurious aluminum chassis.

There wasn’t anything wrong with the old model’s carbon build, but the new version gives a more premium feel.

That doesn’t mean it’s overcome the tendency for large 2-in-1s like this to be a little heavy and clunky in tablet mode, but it makes for a great laptop all the same.

Its use of Whiskey Lake processors, and an optional 1440p touchscreen with high dynamic range (HDR) means it is going to please its demanding business users, just like always.

The new notebook has a productivity-friendly 3:2 screen aspect ratio with a high-res 2,160 x 1,440 display. Bezels are thin enough to enable an 88 per cent screen-to-body ratio, better than the MacBook Air’s 82 per cent.

As with the majority notebooks introduced today, the MateBook 13 is built around the latest Intel Whiskey Lake Core processors, promising strong performance and enhanced efficiency. But Huawei didn’t stop there. It also has an optional discrete GPU, the Nvidia GeForce MX150, to allow entry-level gaming.

Last but not least, we get to Lenovo’s second laptop on this list, the Yoga S940. This new member of the company’s premium consumer laptops aims at squeezing a lot of display into a tiny chassis.

Like the ZenBook S13, the Yoga S940 takes advantage of an inverted notch to keep the webcam in its proper place while using small bezels for a high screen-to-body ratio.

Lenovo can’t match the ZenBook S13’s number, but it still comes in at a solid 90 per cent.

The Yoga S940 has another trick. The edges of the glass display panel are curved, just like Samsung Galaxy smartphones, and that means the 13.9-inch display feels like it’s framed by even smaller bezels.

Performance should be strong for demanding productivity users thanks to Whiskey Lake processors, and audio should benefit from upward-firing speakers.

Pricing starts at $1,500, a bit of an uptick over the usual Yoga price point.