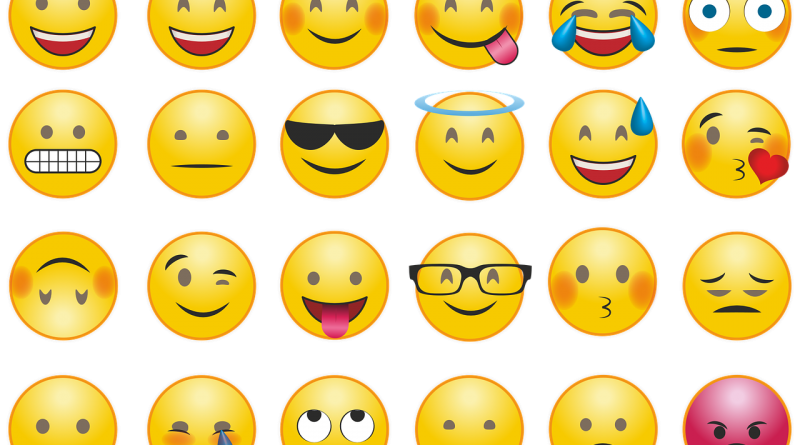 There are some gestures that can have a full meaning even in the absence of speech, including the thumbs up 👍, the OK sign 👌 and good luck 🤞.

Are emojis ruining language? There is always a debate going on over the status of the Emojis whether these are ruining the languages or not. Some are of the opinion that the so-called social media language is not only destroying the writing styles but also impacting the communication altogether. While those who are the defending ones consider emojis, not as something that can we attributed to writing styles rather they link it to emotions or gestures.

Over the last three decades, psychologists, linguists, and anthropologists, along with researchers from other traditions, have come together to understand how people gesture, and the relationship between gesture and speech.

The field of gesture studies has demonstrated that there are several different categories of gesture, and each of them has a different relationship to the words that we say them with. In a paper, The Conservation conducted research and found that the same is true of emoji.

Here are the most-used emoji on Twitter this year. 😂 comes out on top, with 6.6 billion uses. #YearOnTwitter pic.twitter.com/BOX9y9CDFK

What is Common b/w Gestures and Emoji?

Now, this is really interesting.

I’m sure you’ve heard of Signed Languages. These have the same features of grammar as spoken languages, but with hand shapes instead of sounds. They have some advantages in complex expressions that spoken languages don’t have, but there are gestures as well as grammatical features when people sign.

By contrast, gestures and emoji don’t break down into smaller parts. Nor do they easily combine into larger words or sentences (unless we’re using a clunky version of the grammar of our language).

Let’s take some emoji examples. There are preferences, there is nothing “grammatical” about using 😂 instead of 😹. Rather, what is most important is context. 🐶 could be a reference to your own dog, a good dog you saw while out for a walk, or a sign of your fondness for puppies over kitties.

There are some gestures that can have a full meaning even in the absence of speech, including the thumbs up 👍, the OK sign 👌 and good luck 🤞. Gestures like these are known as emblems, some of which are found in the emoji palette. Some object emoji have also developed emblematic meanings, such as the peach 🍑, which is most typically used non-illustratively to represent a butt.

Have a look what Emojipedia tweets:

Now this one is important. Illustrative gestures model an object by indicating a property of its shape, use, or movement, such as the classic “the fish was THIS big” gesture.

Similarly, we often use emoji to illustrate the nature of a message. When you wish someone a happy birthday you might use a variety of emoji, such as the cake with candles 🎂, a slice of cake 🍰, balloon 🎈, and wrapped gift 🎁.

It’s not grammatically correct to say “birthday happy”, but there’s no “correct” sequence of emoji, just as there is no one correct way to gesture your description of the fish you caught.

We also have metaphoric uses of gesture and emoji. Unlike a “big fish”, a “big idea” doesn’t have a physical size, but we might gesture that it does. Similarly, our analysis showed that people typically use the “top” emoji 🔝 to mean something is good.

When we looked at sequences of emoji the most common patterns are pure repetition, such as two tears of joy emoji 😂😂, or partial repetition such as two heart eyes and blowing a kiss/heart 😍😍😘. Repetition for emphasis is rare (but possible) with words, but very common for gesture and emoji.

The Limitations of Emoji

There are obviously some differences between online and physical chat. Gestures and speech are closely synchronised in a way emoji and text can’t be. Also, the scope of possibilities with gesture is limited only to what the hands and body can do, while emoji use is limited to the (currently) 2,823 symbols encoded by Unicode.

Despite these differences, people still use the resources available to them online to do what they’ve been doing in face-to-face conversations for millennia. Bringing together research on gesture and internet linguistics, we argue there are far more similarities between emoji and gesture than there are between emoji and grammar.

Are emojis ruining language? – The Conclusion

Instead of worrying that emoji might be replacing or ruining competent language use, we can celebrate the fact that emoji are creating a richer form of online communication that returns the features of gesture to language.